BANGKOK — For more than five decades, a hotel dining room near BTS Phayathai has served countless barbecue pork spare ribs that never failed to impress anyone, from the big shot executives to innocent passersby.

Surrounded by the ever-changing landscape of bustling Phayathai Intersection, where shophouses are knocked down to make way for condos while sky train tracks stack on top of each other, Florida Hotel remains much the same as it did in its glory days.

This also extends to the food, which the retro hotel is better known for. The old-school establishment serves both Thai and Western cuisine, but they are infused with a glimpse of oriental flavors.

“We inherit the recipe from the first generation of cooks, who were Hainanese descendants,” restaurant manager Thanachoti Liampachara, who other staff called him “Ar Pae” (uncle) said. “Our signature dishes can be considered as half Western, half Chinese and it has remained unchanged since the first day of this hotel.”

While most hotel restaurants can make diners feel somewhat stiff from snobbish decor, Florida Restaurant is not much different from a neighborhood eatery, including the price, which starts from 120 to 380 baht for a dish.

The dining room is a hodgepodge of vintage and modern furnishings, where counter bars and sofas remind one of the nostalgic American diner atmosphere.

“We don’t want to alter our identity,” the second-generation hotel manager Soranee Dusitsuwan said. “We respect what our elders have left to us, but we do renovate to keep up with the changing world.”

The famed dish is undoubtedly barbeque spare ribs (280 baht) served with signature butter rolls (60 baht). Two racks of ribs are served on wooden cutting board which conveniently helps with the cutting, and covered generously with sauce that is mild and not as tangy and smokey as the steakhouse classics.

Some tongues might find the Hainanese-style barbeque sauce too sweet and overwhelmed with tomato paste, but when savored with the tender, falling-off-the-bone ribs, they seem to be a perfect combination. Both the ribs and the butter roll bear the “Shell Chuan Chim” culinary award, which was awarded by classic food critic Thanadsri Svasti and could be considered as Michelin Star in the local gastronomic scene.

For those who want to experience something local, try their “Mee Krob” (150 baht), a rare Thai dish where crisp rice noodles are glazed with caramelized sweet, yet slightly salty sauce made of palm sugar and pickled garlic. Thanachoti said the dish is difficult to prepare as the sauce has to be simmered for hours until it thickens, thus making it difficult to find nowadays.

The seemingly ordinary “Koi See Mee” (140 baht) turns out to be extraordinary. The restaurant uses stir-fried egg noodles instead of the typical deep-fried ones, which are topped with thick to almost gluey gravy that leaves an umami taste with emanating garlic notes.

The restaurant also offers other Western-Chinese dishes such as Beef Stroganoff (220 baht), Hungarian Goulash (220 baht), and French onion soup (120 baht). The servings are large and reasonable for the prices.

Thanachoti said his customers return for the nostalgic and traditional taste. Most of the customers are locals, which include celebrities and “big brothers” who couldn’t be named, but he also found some foreign customers who came from internet reviews.

Founded in 1968, Florida Hotel bears the name of the American state to appeal to the influx of American GIs during the height of Cold War in the sixties. Despite the recent surge of tourism, the hotel target group has shifted away from American officials to Thai bureaucrats, who found its location convenient to nearby government offices. 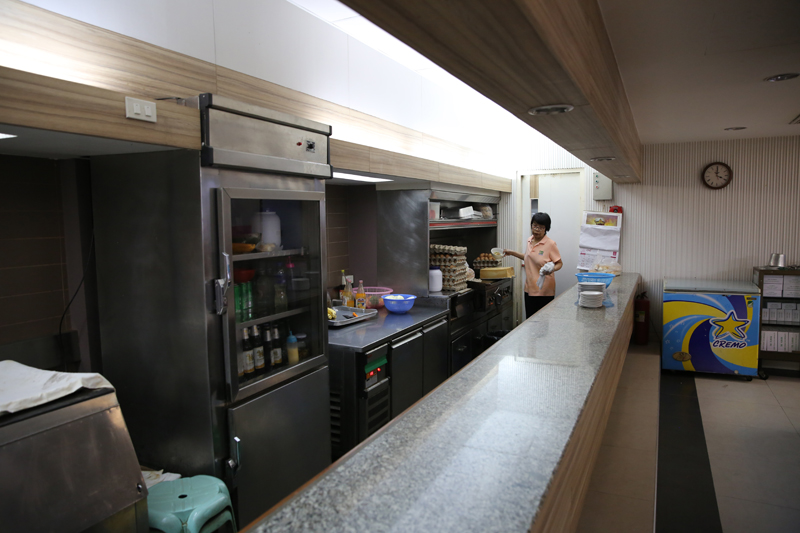 Florida Restaurant is open everyday from 6.45am to 11pm. The restaurant is located on Phayathai Road and is reachable by a short walk from BTS Phayathai.

This review is based on a hosted visit.