Home Arts & Culture No Avatar 2 Until 2020? It’s Okay, Pandora is Coming to Bangkok 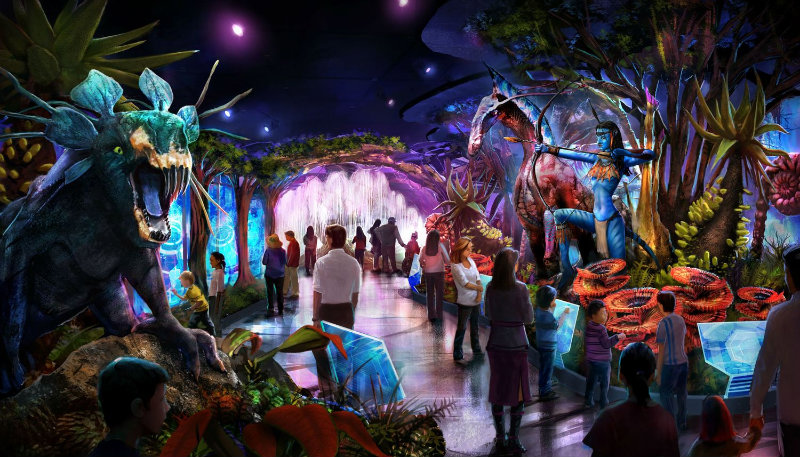 BANGKOK — Explore a biofluorescent jungle, floating mountains and alien creatures of Pandora next month at traveling exhibition tied to the James Cameron blockbuster.

There’s no need for engineered genetics to avatar with the natives of Na’vi and explore the poisonous moon of Pandora when “Avatar: Discover Pandora” kicks off its first Southeast Asia tour in Bangkok.

Based on the 2009 American sci-fi epic “Avatar,” the exhibition will feature interactive art, entertainment and new technology that will lead visitors into the future to explore the compelling environments of Pandora in the Alpha Centauri solar system.

Explore detailed environments featuring 9-foot-tall Na’vi and learn to operate an Amplified Mobility Platform power mech and survive on the moon as a human.

The exhibition first opened in December in Taipei, Taiwan. It’s one of a number of Avatar-related attractions that was to open before the release of the 2009 film’s sequel next year, which has since been pushed back to 2020.

The exhibition will be open 9am to 9:30pm on weekdays and 10am to 10pm on weekends from July 1 through Sept. 3 in the MCC Hall at The Mall Bang Kapi, which can be reached by taxi or boat from Airport Rail Link Ramkamhaeng or Hua Mak.