BANGKOK — Were you stuck above traffic for a change, somewhere between BTS Phloen Chit and Nana? Did you mourn the loss of a favorite hangout? For another year, the only constant to living in Bangkok was change and, possibly, everyone’s love-hate relationship with the capital.

We bid farewell to the nation’s oldest zoo, which closed after eight decades in the old quarter, as well as one of its oldest remaining cinema houses in Siam Square. Khaosan Road may never be the same after City Hall fought Round 2 to clear its sidewalks and improve street traffic, a conflict that has seen little noticeable improvement.

Here’s a look back at some of what what in the capital city this past year as a reminder of how we got here – and where we might be going.

City Hall continued the sidewalk wars against vendors and motorcycle jockeys for a fourth year since the military seized power. An unexpected front this year was the world famous Khaosan Road – unexpected because it had been exempted a year prior due to its value as a vital tourist draw.

Attempts to rein in its informal market met strong resistance from spurned vendors who accused administrators of breaking their promise to rush through impractical and ill-conceived rules to regulate the street. It all fell apart when local police refused to enforce the new rules, but that didn’t discourage the man in charge. With several revised regulations, another city plan, also rejected by the mostly unified band of sellers, has been put in place to make it look more “pleasant.”

Next year could see the street’s fate written in a third and final chapter with the vendors either reclaiming its charm or capitulating to City Hall.

So Much BTS Fail

Glitches and disruptions are not uncommon on the city’s popular rail network that turns 20 next year. Some signs of age such as leaky carriages showering commuters drew outrage but surprised no one. Most people took in stride the terrifying moment doors remained open on a moving train and an escalator collapsed.

But the most outstanding moment – actually many of them – were a series of the worst breakdowns ever, as many as 20 in June alone. It caused severe headaches at almost all stations during peak hours. As for the eventual explanation, who’d have expected the trains were simply killed because they shared the same frequencies as free Wi-Fi hotspots and Bluetooth?

It was yet another disheartening year for commuters with disabilities. One wheelchair-bound activist let loose his fists of rage and shattered a glass elevator door when he was barred from using it without filling out a form. Though City Hall approved up to 256 million baht for more elevators seven months ago, no further developments have been announced despite a nearly four-year-old court order that all stations be fully accessible.

Eviction of the Fort People

This year came the city’s final blow that brought the curtains down on one of the oldest Bangkok communities that lived behind a historic fort for hundreds of years. After a legal battle running decades, the last residents of the Pom Mahakan community left for good at the end of April. Where the old, traditional wooden homes once stood is now a green space.

The eviction has long been criticized as another frivolous destruction of heritage and culture. But talk to the former community’s neighbors and find that they were delighted to say good riddance to a run-down neighborhood.

A zoo much-loved in the capital and beyond shut down permanently at the end of September. The palace last year announced the Dusit Zoo would be relocated from the old royal quarter to a spot on the edge of town 80 years after it was built by King Rama V.

Another storied venue on royal land, the nearby Nang Loeng Racecourse, held its final race in September after 102 years. The palace has made no announcement as to what it plans to do with the tracts of reclaimed land, but it also saw the Thai Red Cross’ annual fair kicked out of its home of nearly a century at Suan Amphon, and the rumored eviction of two universities in coming years by the Crown Property Bureau.

It comes as a new crown property law granting the king final say on what’s considered royal possessions came into effect in November.

After 50 years, a beloved but not so busy independent cinema in the heart of central Bangkok called it quits for good after losing its lease with Chulalongkorn University. But minds were put at ease earlier this month when it was announced that instead of becoming yet another mall, the space will be kept as a multi-purpose cultural hub for performances, exhibitions and the arts.

Fight Over the Bangkok Arts and Culture Centre

Only a few public venues are dedicated to the arts, but the Bangkok Arts and Culture Centre has been an alternative to the malls which surround it for about a decade. A bastion of relatively free expression, its future became clouded when City Hall signaled it would take over and turn it into something else, namely, a desk-filled co-working space. It backed off quickly under sharp criticism and instead shifted gears to starving it of funds. Its future remains in limbo.

Return of the Chao Phraya Boardwalks 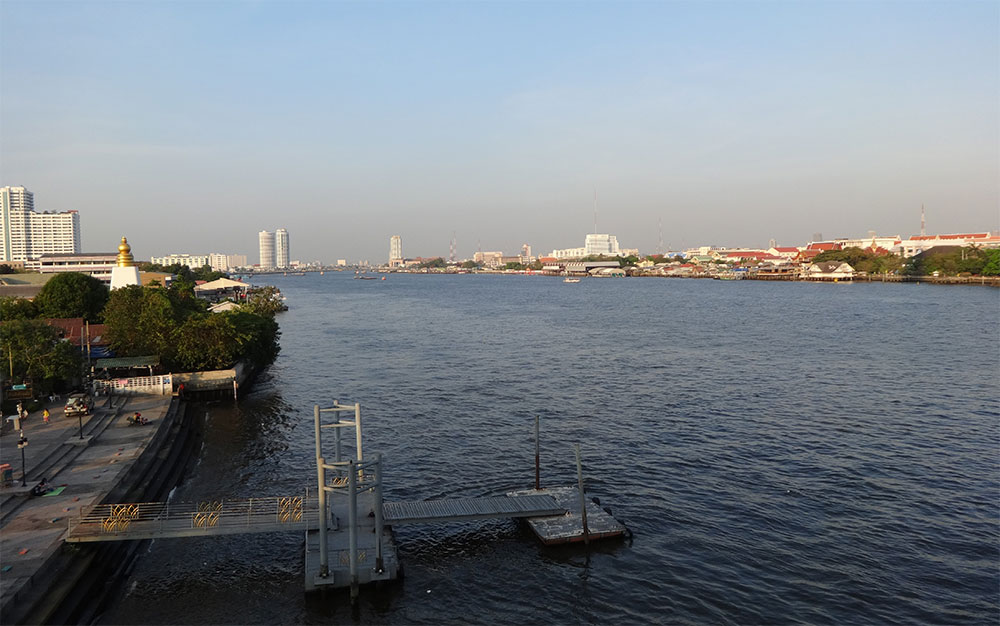 An unpopular plan once thought dead in the water was raised again by a government that seems set on redeveloping the banks of the mighty Chao Phraya River. Despite being criticized as an eyesore and threat to the environment, a plan to pour concrete along both banks to build a concrete “promenade” was pushed front and center again, only to draw litigation by its opponents.

Notorious traffic got even worse because of massive transportation projects consuming much of what little road space there is. This year saw the usual feeble proposed remedies such as banning trucks. One official even thought it would be a great idea to ban buses. Meanwhile, a plan for the country’s first underground expressway was proposed as a means to satisfy a government demand that all traffic problems be solved ASAP.

One measure that has been effective is the traffic police’s new surveillance system targeting lane cutters at several major intersections and overpasses.

The city hasn’t failed deliver its share of wackiness. Here are some reminders of those eyebrow-raising moments in creative public policy. Millions of the residents woke with their feathers ruffled after Junta chairman Prayuth Chan-ocha ordered all localities to step up their pigeon-mitigation efforts – which mostly meant trying to stop people feeding them. Citing health risks, some pigeons were rounded up and shipped off to shelters for release “back into the wild.” Experts said it was more likely they’d just fly right back, as pigeons tend to do. In a strange turn from what started as a straight-up denial by Bangkok’s governor – he strongly denied people ever used Lumphini or any park for sex – lower-ranking officials later acknowledged that such reports, however “shocking,” were true. Several half-hearted measures such as signs telling people not to do it were quickly promised.