BANGKOK — The capital is getting greener and cleaner as officials hurry in their mission to unclutter areas that will be grounds for next week’s grand coronation ceremony.

Thousands of volunteers on Friday joined City Hall in a major cleaning effort along more than seven kilometers of streets. The cleaning brigade marks one of the last phases of the city’s plans to spruce up neighborhoods that will see the royal parade pass through on May 5, the day after King Vajiralongkorn is officially crowned.

On top of cleaning up trash and washing down the streets, volunteers and city workers will trim tree branches, plant flowers and clean every sign and bus stop along the route. Three nearby canals are also being cleaned.

Officials have said they expect more than 200,000 people to turn up to watch the royal processions. City Hall has promised to accommodate the crowds with food, water, shelter and other necessary facilities.

In recent months, City Hall has carefully prepared inner parts of the capital for the coronation ceremony. Streets have been paved, cables undergrounded and sewage dredged up. Buildings have been repainted, extra light posts installed and security cameras fixed.

Democracy Monument also underwent renovation for several weeks. It has now been repainted and decorated with new greenery and flowers.

A number of roads near the Grand Palace and the Royal Plaza will be closed from May 2 to May 6 to make way for the coronation.

Note: Photos below are provided by the Bangkok Metropolitan Administration. 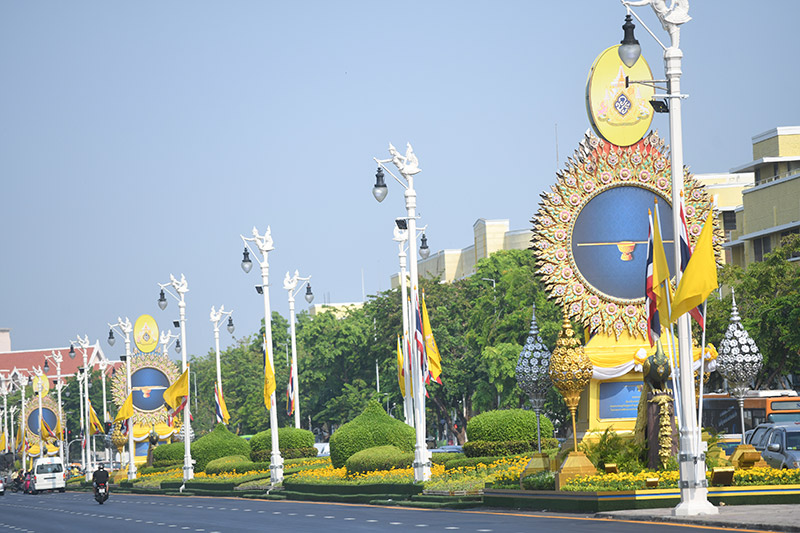 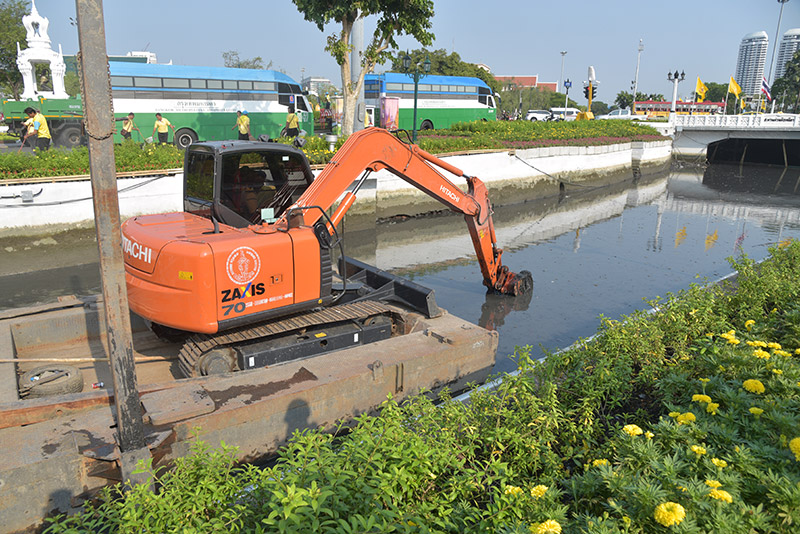 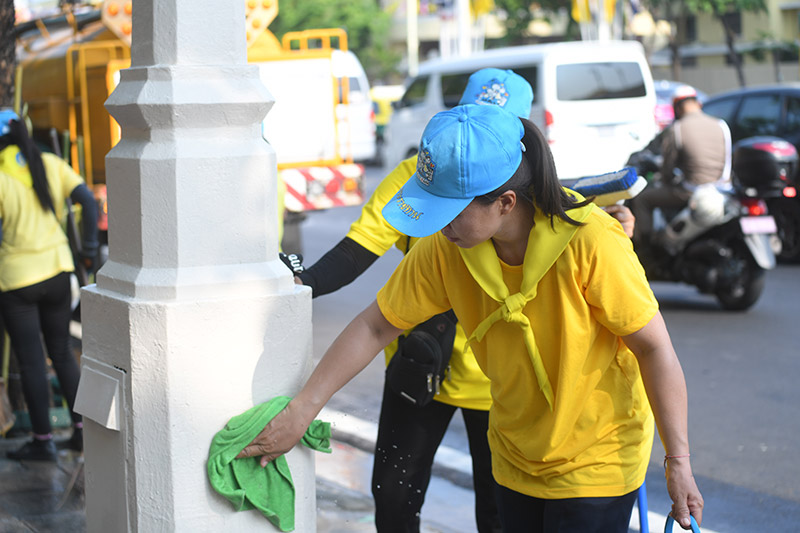