These are the perspectives of Khaosod English arts writer/Wonderfruit virgin Chayanit Itthipongmaetee and editor Todd Ruiz, who’s sure it was probably his third.

By Todd Ruiz and Chayanit Itthipongmaetee

BANGKOK — A man in bridal white and groomsmen demonstrate deft steps in a kind of surreal green wedding under pulsing emerald strobes at the Polygon stage. An entire costumed nation of first Americans gyrate at Taste of Wonder. Revelers ping-pong between dozens of stages, pavilions, tents and eateries for four days culminating in dawn raves at the Solar Stage.

Year’s end means celebration and renewal, and in Thailand, this past weekend meant the fifth outing of the ambitious Wonderfruit Festival. Think of the top international festivals, apply the finest production values and remove four-fifths of the human crush.

For 2018 – a decisive year – the Wonderfolks made a bold and risky move by shifting its location on the vast grasslands of Chonburi’s Siam Country Club, all owned by fest founder and manufacturing scion Pranitan “Pete” Phornprapha’s family (Forbes’ No. 30 in Thailand with USD$1.2 billion).

It paid off. Though the many entertainment stages were closer together in what felt like less space, it created a carnival atmosphere with plenty of walking and exploring to do. For Saturday, one reporter’s fitness app registered 16,000 steps – dancing not included.

Trees and topography dialed up the tropical vibe at what’s branded a values-positive, ecologically woke celebration of the arts, music and sustainable living.

There was an absurd abundance of exquisite places to explore. Head past the Tiki Bar in the lower-key southern zone to find the Bath House, a floating fantasy of bamboo in the middle of a small, natural lake. Wonderkinder soared through the air in Camp Wonder. Elsewhere, a karaoke bar was hidden beneath a tree.

People learned how to make Batik scarves, paint blindfolded, craft lip gloss, compost, ferment wildly and more by day. There were more yoga sessions than heads on Brahma, with a self-love emphasis and all flavors of wellness bordering on self-indulgence.

In case it’s not clear, there are two Wonderfruits: One is a deeply programmed roster of daytime workshops and talks; the other a hedonistic all-night smash of heavy beats and intoxication.

Whichever one goes for, Wonderfruit is a spectacular playground best enjoyed with many friends.

There were more sponsorships this year by the likes of Mercedes-Benz, Singha and Johnnie Walker. Johnnie had a long tuk-tuk bus with a bar inside offering rides every two hours. Mercedes appeared to get premium parking places near the entrance, cars prowling the fields and the Mercedes Me @ SOT stage over which artist Alex Face’s three-eyed Mardi loomed.

But all very restrained and, thankfully, without the eyesore of logos. The event’s mobile application made things convenient. It’s not a bad idea, though, to carry a paper map too since it may fail due to poor reception – or impaired perception.

The iconic Molam Bus was still rocking and there was more hip-hop. Not satisfied by what’s at hand, take a few steps and find yet another handmade wonder of a space moving to a different beat. But maybe not so different – the festival seemed to have a less diverse musical ecosystem this year.

But overall, the new was good. Instead of banishing the electronic dance extremists to the hinterlands as many festivals do, The Quarry this year was at center in a sound-dampening gully festooned with captivating visuals.

Organizers seem to accept that souls of the after-hour are a core demographic and ramped up the availability of all-night dance music – building in plenty of soft corners and dynamic lighting for those tripping the night fantastic.

Drugs are, technically, listed among the “Don’ts” of the Rules of the Land. Hundreds and thousands of years ago, humans gathered around fires to smoke whatever intoxicants were handy and dance ass off until dawn. Just as Burning Man and others fill that void of ritual absent from modern living, Wonderfruit by dawn dwindles to a thousand-or-so people convulsing on every tier of the Solar Stage.

Look close enough and you’ll spot VVIP elites grinding their teeth and smiling among the undulating flesh. What’s the point of being fuck-you rich if you can’t do fuck all?

That raises a point always just out of the periphery: Wonderfruit, as beautifully imagined and meticulously crafted as it is, is not for the masses.

It’s expensive – for attendees and its organizers alike. The 7,200-baht tickets (door price; several thou cheaper in advance) raise some uncomfortable questions.

How securely can progressive strivers for justice splurge on their feel-good party when so much inequality lies minutes away? Would fans still want to be at Wonderfruit – a fest that by all known accounts is exceptionally safe and incident-free – if tickets were 600 baht?

However one feels, it’s best to bring a stack of cash or plan accordingly.

Some will partake in the chef’s tables and fine-dining options; others will fill up before entering. No food or drinks are allowed inside (except for reusable water bottles). Top-up your wrist-bound RFID chip with at least 1,000 baht because everything is nucking fexpensive. Small cartons of water start at 60 baht. Cans of basic Thai brews go for 180 baht. Let’s not even talk about the reusable, branded cups sold for 800 baht.

According to the lore, when the fest started in 2014, it made a five-year commitment to sponsors with the goal of becoming profitable in that time. Despite what looked like an even larger turnout for 2018, it’s unclear if it’s in the black yet, but there’s already talk of 2019 and we’ll assume it will bring even juicier wonders for people to bite into. 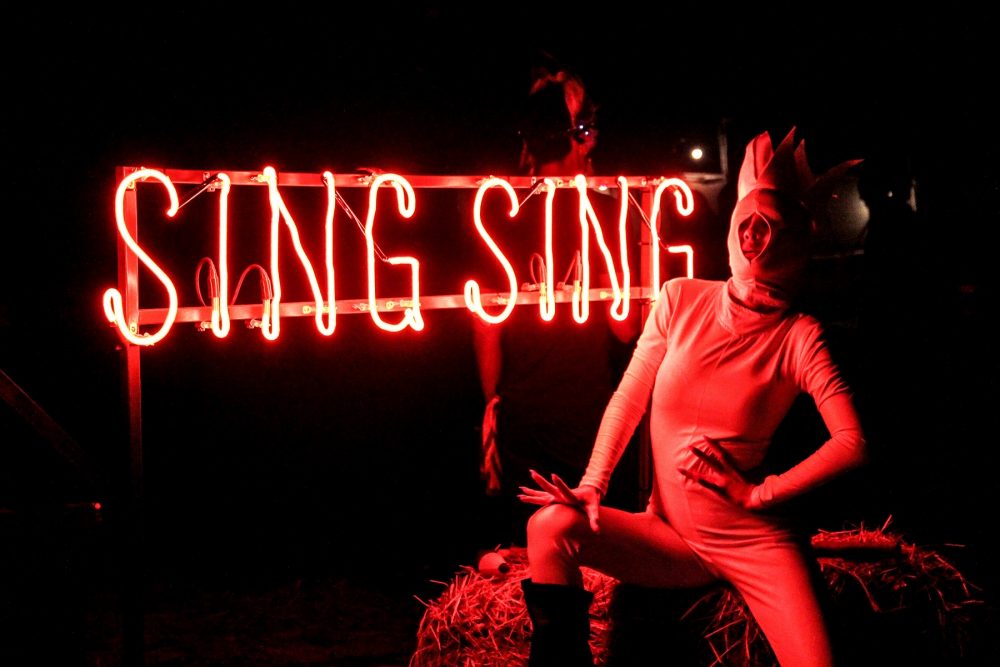