SURIN — A dog has become the adoptive mother to a trio of kittens in Isaan, her owner said Wednesday.

Surin resident Chanyuth Srikeaw, said her dog “Kanomjeen” had begun mothering three kittens born two weeks ago at her family home. Chanyuth said the kittens’ mother had abandoned them after birth, prompting the dog to take them into her care.

“The dog took over the care of the cats instead,” said Chanyuth, a homeowner in Sikhoraphum district. 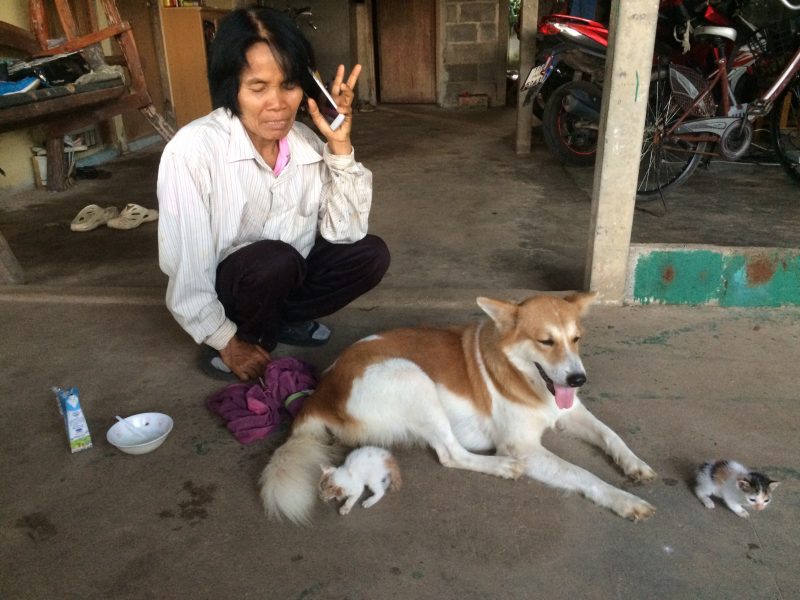