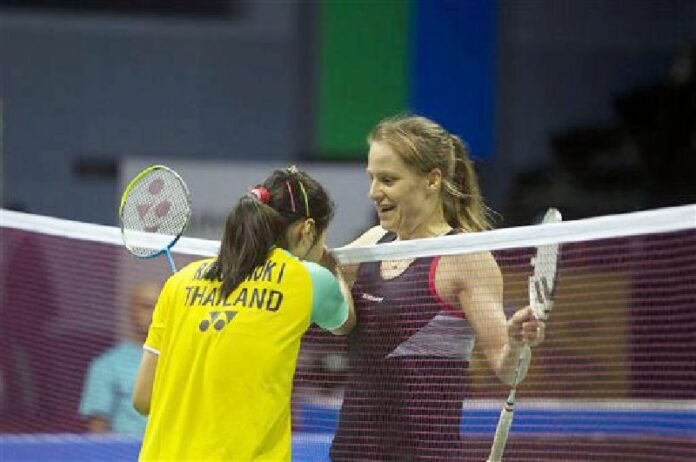 Ratchanok looked in control in the second game, building an 18-12 lead before completing her sixth victory over the German in nine matches.

"I am very excited to win my first Super Series title. I lost seven points in a row (after leading 20-13 in the opening game) as I tried to finish the game in a hurry," she said to AFP.

Schenk, who lost to Ratchanok at the 2012 London Olympics, said her opponent played better on "deciding points".

Ratchanok is the Thai favourite star in the country since the London Olympic Games 2012 that she reached to the quarter-finals.

This year her performance is also excellent. She reached the finals of the All England Open Badminton Championships and the Badminton Swiss Open.