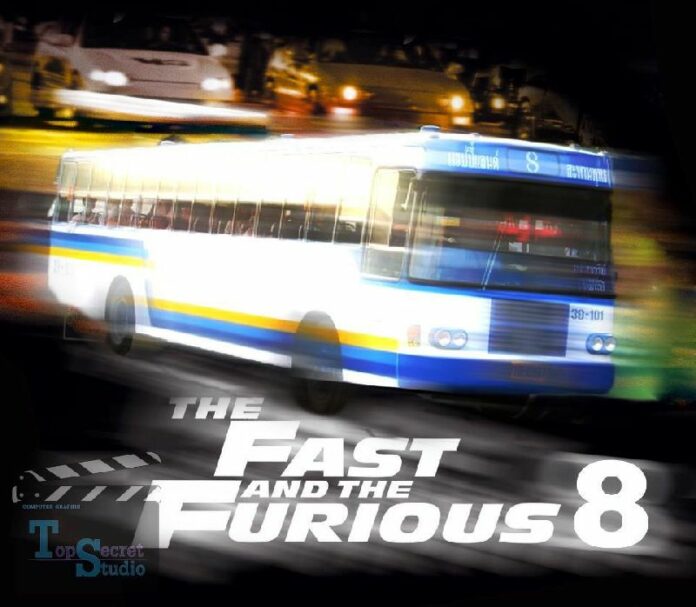 (15 August) Next time you
are experiencing the woeful service of public transport in Bangkok – say, a bus – look around: you
might be able to vent your complaint at the Minister of Transport himself directly.

Mr.
Chatchart Sittithipan has gained reputation as an unusual bureaucrat, having travelled on public
transports such as buses, canal expressboat, and even the notoriously dangerous motorcycle taxi. He
explained that doing so would help him understand what Thai people experience in their daily
lives.

Today, Mr. Chatchart′s team has announced on his official Facebook page the result of
?The Worst Bus Route in Bangkok Metropolis? which was conducted through an online survey few days
ago.

Unsurprisingly to many, the legendary Bus Route 8 topped the poll. The route, running
from Rama I Bridge to Bangkapi Area in eastern Bangkok, is a favourite subject of complaint in Thai
social media. Someone called the bus route a Thai version of ?Fast and Furious?
franchise.

Respondents of the survey said that the most common problems they
found on bus service in Bangkok are the drivers who drive too fast, fail to stop at bus stops, and
sometimes drop the passengers off in the middle of busy roads.

Some also complained of
reckless driving behaviour, and even road races between two buses to get more passengers. Many buses
are also too old and known to break down on the roads, the survey said.

However, it is the
private-run buses – known for their the orange, pink, and white colours – that receive the most
complaints, the survey revealed. The complaints detailed bad, rude services by the bus staff. Some
passengers also claimed they have seen the bus drivers and bus conductors drinking alcohol or
smoking on duty.

Hours after the survey result was released, Mr. Chatchart got on an 8 Route
bus to see the problems for himself. In a Facebook post, Mr. Chatchart said he experienced both
in-bound and out-bound services today. The drivers did not drive too fast, the Minister observed,
perhaps because the roads were too congested.

He said he also talked to the bus conductors
and found out that both the drivers and the conductors do net get paid monthly, contrary to staff
employed by the Bangkok Mass Transport Authority (BMTA).

Instead, staff of the private-run
buses earn a living from shares of daily ticket sales, which explains why they compete or park their
buses in busy spots to get as many passengers as they can, Mr. Chatchart said.

I would like to think
that the problems on Route 8 would be found in other private-run routes as well, Mr. Chatchart
concluded, adding that he would work with the authorities to improve the system.

Although
many are still – rightfully, perhaps – sceptical of how the government would ever be able to tackle
the deeply rooted problem of Bangkok′s public transport, it is undeniable that Mr. Chatchart is one
of the most popular Ministers on Thai social network these days.

Apart from his relatively
active role in trying to improve public transport, Mr. Chatchart is also a prominent supporter of
the 2 trillion baht infrastructure overhaul program. The program includes development of Thailand’s
public transports, particularly the high speed train that the government said would make Thailand a
transport hub in the Southeast Asian region.