BANGKOK — An idol singer who provoked international outrage by wearing a shirt emblazoned with the Nazi flag onstage says the scandal taught her an invaluable lesson about world history.

Pichayapa “Namsai” Natha is now using her position to educate fans and the public about the horrors of the Holocaust. The 19-year-old singer spoke in an interview an hour before she and five other BNK48 members performed at a reception in Bangkok marking Israel’s independence day.

“I’ve learned a lot more than what I learned at school,” Pichayapa told Khaosod English.

Pichayapa said she has been watching films based on events in World War II, like Roman Polanski’s drama The Pianist, and discussing those movies in weekly live videos with her fans.

“I shared with them about what I learned,” the BNK48 singer continued. “I told them historical films aren’t as boring or hard to watch as they might think.”

Pichayapa is delighted when fans tell her at the band’s “handshake events” that they watch films about world history because of her videos.

The singer stirred widespread controversy in January when she was seen rehearsing for a concert while wearing a Nazi war flag covered in swastikas – just several days away from UN Holocaust Remembrance Day.

The incident drew condemnation from netizens, Jewish advocates and the Israeli embassy in Bangkok, which expressed “shock and dismay” over the outfit. It was the latest public display glorifying the Third Reich in Thailand, where knowledge about world history and Nazi atrocities is scarce.

Pichayapa apologized for the shirt during a concert on Jan. 26. In a tearful speech, she asked for forgiveness and said such action would never happen again.

Speaking four months after the scandal, Pichayapa said she joined an event to commemorate victims of the Holocaust back in January, promising to continue to participate in the Israeli embassy’s outreach program which promotes awareness about the genocide.

“We’ll help educate the public through media … so that they are aware of what happened and won’t let the past happen again,” the singer said. 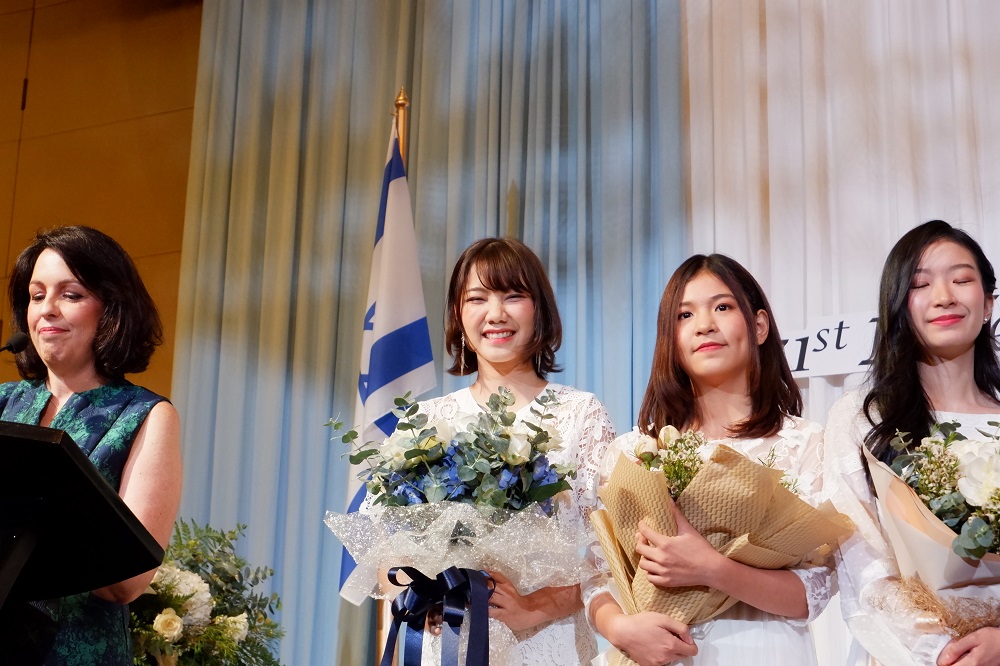