Reading a short statement televised nationally, Prayuth vowed to work for the country’s greater good and listen to the voices of the people. He also promised to eradicate corruption, reduce inequality and ensure effective and transparent government.

“[I will] promote a peaceful environment for a unified society,” said Prayuth, who led a coup in May five years ago.

Deputy Prime Minister Wissanu Krea-ngam has clarified however that the junta and the current cabinet will formally remain in power until after the ASEAN Summit on June 22-23.

At the ceremony, Prayuth was flanked by leaders from the 19 parties who make up his governing coalition. These parties are now jockeying over key ministerial portfolios in Prayuth’s cabinet.

Despite protests from the anti-military coalition, 250 junta-appointed senators cast their ballots alongside the elected MPs. 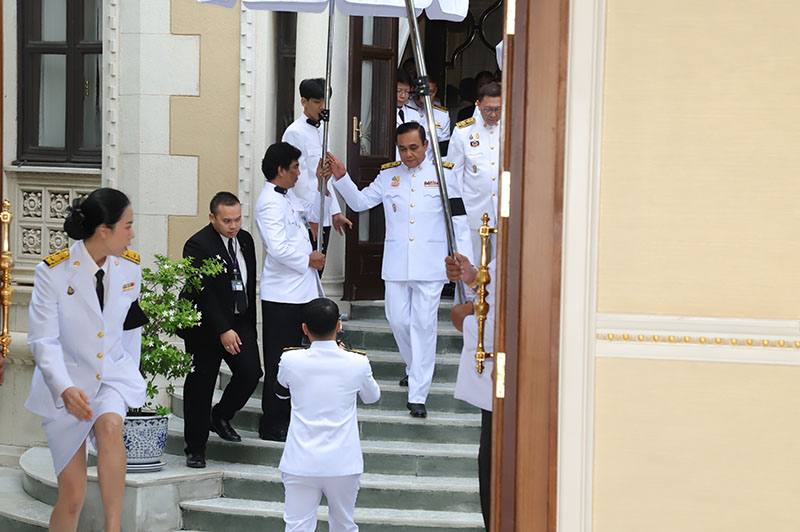