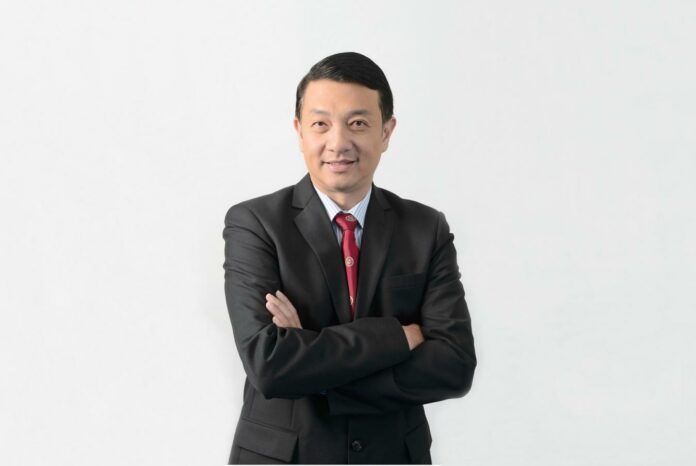 The annual forum was organized by the Global Compact Network Thailand and the United Nations under the theme of “Thailand’s Climate Leadership Summit: A New Era of Accelerated Actions”. Mr. Peerapong said that CP Foods has adhered to the sufficiency economy principles. Under “CPF 2030 Sustainability in Action” Strategy, CPF aims to be a carbon neutral organization in line with Charoen Pokphand Group’s zero emission target in 2030. Under the strategy, CP Foods vows to drive the operations with 9 commitments shaped around its pillars towards sustainability – Food Security, Self-Sufficient Society and Balance of Nature. The 9 commitments encompass the holistic sustainability in economic, social and environmental dimensions. In focus are the reduction of food waste (Waste to Value); optimization of resources; reduction of carbon emissions (Decarbonization); and prevention and mitigation of climate change impacts through operational efficiency, an increase in renewable energy, sourcing without harms to forests (Deforestation Free), and afforestation and reforestation.

CP Foods has adopted advanced innovation and technology including the automation system, artificial intelligence and Internet of Things for its Smart Farm System and Smart Factory System, to cut down water consumption and waste in the production process. By resorting to renewable energy, CP Foods has played a part in reducing greenhouse gas emissions. The Company’s switch from coal to biomass in 2022 will reduce carbon emissions by 70,000 tons of carbon dioxide equivalent while biogas which has powered several businesses like pig farms, layer hen farms and food processing plants has annually cut down more than 490,000 tons of carbon dioxide equivalent. Meanwhile, solar panels installed at office buildings, manufacturing buildings, livestock farms and aquaculture farms with 47 megawatts in annual capacity have slashed the emissions by 30,000 tons of carbon dioxide equivalent per annum, equivalent to the plantation of 25,000 trees. Under the projects, the reforestation areas will be doubled from 10,000 rai in 2020 to 20,000 rai in 2030, being another key point in driving CP Foods towards its goals under the “CPF 2030 Sustainability in Action” Strategy in the next 9 years.