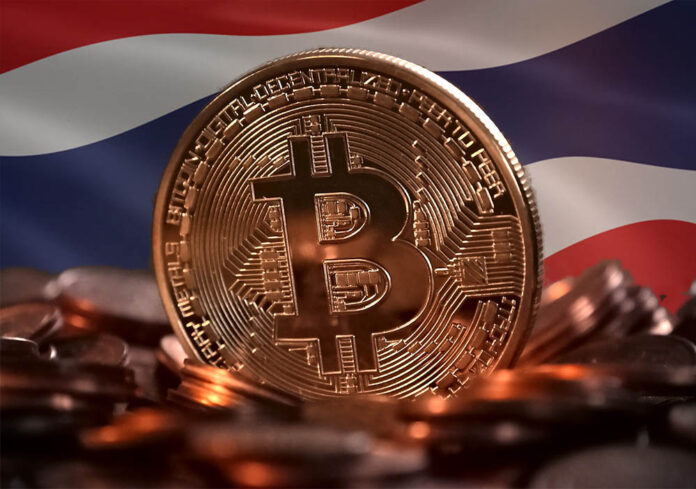 At risk of understatement: Bitcoin fever is running wild. The cryptocurrency is on a rampage largely due to how many new people are getting on board. On Nov. 27, Bloomberg reported that in just a handful of days more than 300,000 new users had joined Coinbase, one of the largest of the many trading platforms out there.

So how to jump on board? Setting aside analyses of the underpinning technology or the social and economic impacts of crypto, when something is on this kind of run we all want to know where and how to invest. Bubble or not, let’s dive in.

For those whose finances are linked to Thailand, here’s what’s needed to make millions, or lose them, or make and then lose them (all outcomes being possible and not the responsibility of this writer or news agency).

To get started, you’re going to need a bitcoin wallet. There are two choices you have here: a free software wallet or a hardware wallet, which is more secure but ranges anywhere from 3,000 baht to north of 15,000 baht. These can be easily found on sites like Lazada.

Software wallets are free but less secure. A common analogy that comes up is thinking of a hardware wallet like a bank for keeping large sums, and a software wallet like your actual wallet, where you keep cash at the ready. You can create one first, or just use the one that comes with the trading exchange you choose in the next step.

Your new sexy bitcoin wallet is going to need an address, which is basically like your account number. It tells you where bitcoins are going to be sent. Each wallet has some different setup involved we’ll gloss over here, but once you choose the one right for you, you can dive into setting it up however is needed.

Once you have that figured out, it’s time to get online with a bitcoin exchange to start buying or selling from your shiny new wallet.

So, where do you go to start your own Winklevoss bros bitcoin empire? Excellent question. I conducted a completely unscientific survey consisting of a handful of friends who dabble in cryptocurrency in Thailand to get their take on where to dabble.

Two sites came up repeatedly: Coins.co.th and Bx.in.th. Like Coinbase or other international platforms, they both offer a software wallet for your use. But if you want to jump into the deep end and start pumping large sums of money into bitcoin, I recommend getting a hardware wallet to keep your coins safe.

Both services allow you to top up cash in an account with cash at locations like 7-Eleven or via bank transfer and start trading or selling coins with others in the market.

Both also allow the user to cash out their account to various Thai banks, thus actually allowing you to bring those mad profits back from virtual bits into cash reality.

That’s the real important part here: Convert your crypto currency into cold hard cash at will.

For people with bank accounts abroad, it’s a simple matter of finding one operating in your country to sign up with you can use to buy and sell, usually by linking it to your bank account, PayPal, debit, credit card or other online wallet. These can include fees ranging from 1 percent to 3 percent – or more. There are a ton of apps and sites just a Google search away.

Read the account rules, as some disallow users from certain nations or are region-locked themselves.

For example, Americans can open free accounts on Coinbase, the popular San Francisco-based broker, but it balks when it sees your location is Thailand. One could simply VPN into the states, but they’d also need an accomplice there with a phone number for the OTPs (and this likely violates their terms of service).

Once you’re set up, buying and selling bitcoin pretty much works the same everywhere.

When you want to buy, you put in an order for the current rate and how much you want to spend. The platform then facilitates that sale by finding someone looking to sell some of their bitcoin. The platform takes a percentage (0.25 percent to 0.5 percent) for making the connection and the bitcoin is transferred between wallets. Selling basically puts you on the opposite side of the equation, you place an order for coin you have available for sale or at a certain rate, and the exchange matches you with a buyer and takes its cut.

Bitcoin is big, it’s getting bigger and there is money to be made (and lost). But before you dive in, make sure to understand what you are getting into, research the platforms and of course take the right steps to secure your investment.

DTAC Asked to Explain Why it Thinks Customers Are Trillionaires

Woman Blames Bad Click For 150,000B Bangkok Hotel Bill. Then Her Story Got Weirder.