Amaury Rigaud this morning said he was aided in the crime by Rujira Iemlamai – Giuseppe de Stefani’s wife. His confession came after the suspects turned on each other the day before, accusing the other of the crime.

Police said they’ve now dismissed claims of a “third killer,” and charged both with murder.

“He confessed to doing the actual killing, but we don’t believe him 100 percent,” Col. Chaisathian Maneejak, chief of the local police station investigating the crime, said Tuesday afternoon. “That’s why we are charging both of them. There’s no third killer either. Everything’s done.”

Rujira, 38, and Rigaud, 33, were captured in the wild along the provincial border between Kamphaeng Phet and Tak for allegedly dismembering and burning Giuseppe de Stefani.

Before confessing, Rigaud had reportedly told them their love triangle was actually a square, and alleged that a Thai man – another boyfriend of Rujira – had aided and abetted in the murder.

Maj. Gen. Thawatchai Muannara said Rigaud was a soldier in the French army, where he purportedly served five years as a sniper before coming to Thailand and meeting Rujira in 2016.

“He used his military skills to help him escape into and hide in the jungle very skillfully,” Thawatchai said.

Of a scar running diagonally across Rigaud’s face, Tawatchai said it was the result of Rujira once slashing his face with a knife.

Maj. Gen. Sukit Sommana said Monday he was “confident” police would get to the bottom of this case by relying on forensic science — despite having no witnesses to the crime.

Col. Chaisathian Maneejak of the local police station investigating the crime said that on the day of the murder, 61-year-old de Stefani told Rigaud he would break up with Rujira for 100,000 baht. The three were discussing terms but could not come to an agreement, a dispute which turned heated and resulted in the Italian’s murder.

On Monday morning, a team of 100 policemen found Rujira hiding in a longan tree in an orchard, holding a bag of food and visibly exhausted after 10 days on the run. Rigaud was arrested in the same orchard a kilometer away Sunday night.

Police were keeping the two in custody at separate locations.

Before their arrest, the police colonel had spoken candidly to reporters about a supernatural dimension to his investigation.

He said Thursday that de Stefani’s spirit had entered his dreams two nights in a row.

“I heard Giuseppe scream while he was being attacked. I don’t know if that’s true or not, but I won’t dismiss it. I’ll consider that the spirit of the deceased is hurrying me to solve the case,” he said. 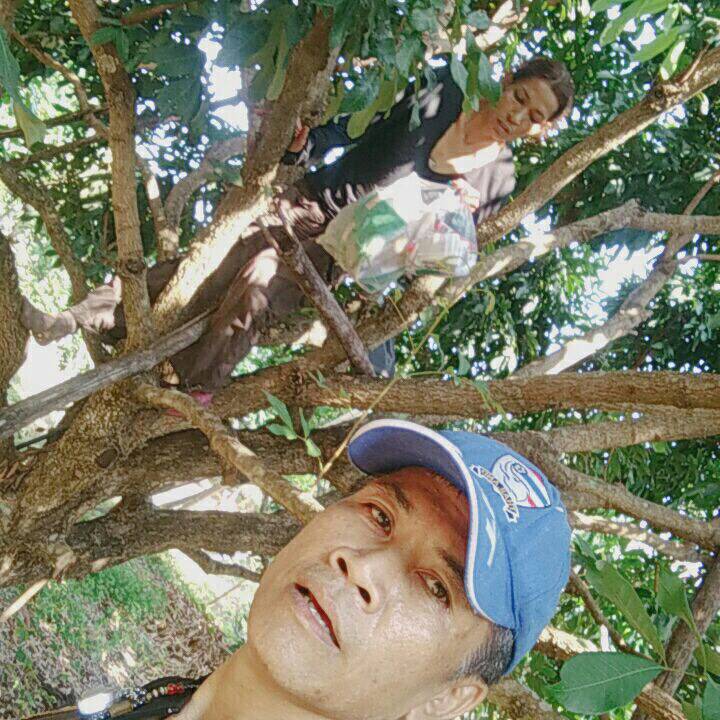