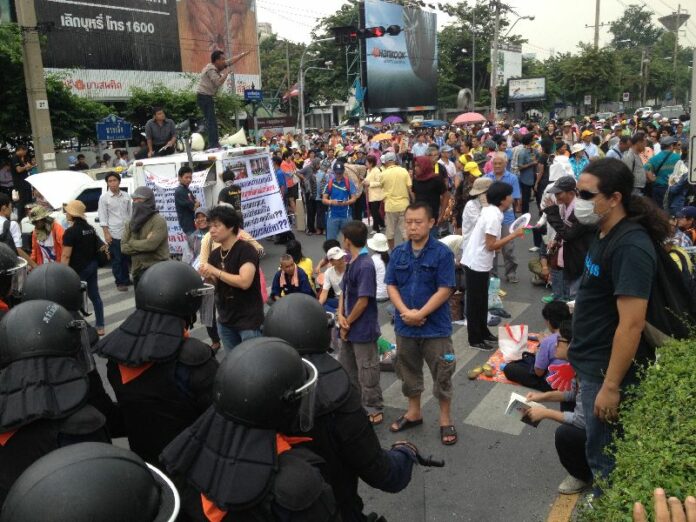 (10 October) Reports say a small group of anti-government protesters has rejected the calls from both the government and their leaders to disperse.

The People′s Force of Democracy to Overthrow Thaksinism has previously announced to relocate their protests  from Government House to Lumpini Park, after the government asked them to clear the ground for the visit of Chinese Premier Li Keqiang.

As of 15.10 today, the defiant protesters were gathering at Nang Lerng intersection where the PEFOT leaders were convincing them to disperse.

By 16.00 The negotiation failed and the splinter group, numbering around 150-200, broke away to Uruphong intersection, out of reach of the Internal Security Act, and vowed to continue the rally on their own.

Our correspondent says the situation remains tense, with members of the riot police keeping close watch nearby.