BANGKOK — Prime Minister Prayuth Chan-ocha on Monday had only one response to a list of nicknames lampooning his administration compiled by a media group: a death glare.

Gen. Prayuth appeared to be so stung by the list that he declined the daily interview and walked past the crowd of waiting reporters. The nicknames – part of a longstanding annual tradition revived this year – are full of wordplays in reference to the many scandals that stalk Prayuth’s Cabinet throughout 2019, from broken promises to a failed push to ban pesticides.

The list of nicknames was compiled by the close-knit community of reporters who cover politics at Government House. The tradition was suspended for six years from 2013, when anti-government street protests were flooding Bangkok, and during the five years of military rule. A reference to the Siangkong (also written as Xian Gong) neighborhood in Chinatown where second hand auto parts are sold, the nickname mocks the government for stacking its ranks with Old Guard bureaucrats and politicians; they don’t have the best reputation for being efficient and reliable. Gen. Prayuth has knack of lashing out at the deeds of the elected government he overthrew in the May 2014 coup – from rice subsidies to wage rise and nepotism – only to repeat those acts himself. The general also often responded with anger when called out about the promises he broke, most famously his pledge never to enter politics. Similar to attractive models hired to “entertain” (or “En” in Thai slang) high profile guests at parties, Prawit has been working hard to keep the fragile government coalition together in one piece.

The nickname is also a jab to Prawit’s diminished role; since he lost the seat of defense minister, Prawit is often seen presiding over opening ceremonies and events unrelated to the national security. Once the brainmaster of the government’s Pracharath initiative, Somkid has since been stripped of responsibility in many projects. The economics guru once complained he felt like walking on one leg, as he no longer has the authority to push many programs toward their goals. Chai Noi is a character who has disabilities in popular TV soap Ban Sai Thong. The nickname compared Deputy PM Wissanu to the folklore tales of Sri Thanonchai, a jester who exploited loopholes and reinterpreted the laws for his own benefit. His claim that a politician convicted of drug trafficking can serve as a minister because the offenses took place outside Thailand comes to mind. The Deputy PM and Democrat chairman often gets the flak from other coalition politicians for prioritizing his party’s agendas with little or no regard to the government’s strategy. With over 50 seats under his command as the head of Bhumjaithai Party, Anutin has a bargaining chip large enough to blackmail the government into submission if a disagreement breaks out, causing much unease and suspicions among other coalition members. Fun fact: Anutin’s nickname, Nuu, means “rat” and “mouse” in Thai. 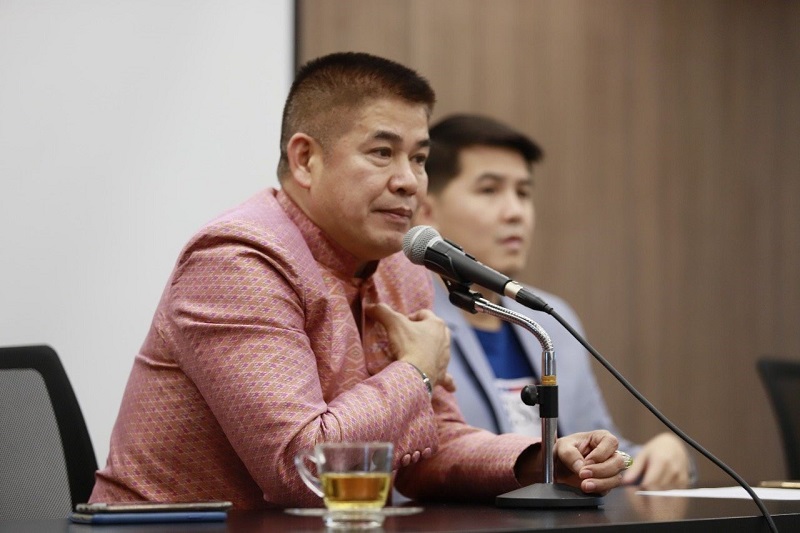 This year’s most embarrassing government scandal perhaps belongs to Thammanat, who is exposed to have served four years in an Australian prison for drug trafficking. He is also accused of bribing opposition politicians for their defection to the government camp. The deputy agriculture minister spent much of the year touting her promise to ban three pesticides deemed harmful to farmers, only to meekly relent when the government delayed the ban for another six months. Ever since taking control of the transport minister, Saksiam invited non-stop criticism for many outlandish ideas, like that time he wanted every car to be installed with GPS tracker. The minister also revived several controversial projects that have been put to rest, such as the Pak Bara port proposal, which sparked serious concerns for the ecology. Warawut’s tenure as the environment minister coincided with the losses of many high profile wildlife animals, like Mariam the dugong, Chuang Chuang the giant panda, and six elephants who fell down a cliff.

Quote of the year, picked by the reporters:

“Don’t get bored of me yet. I’d be here for a long time,” – PM Prayuth Chan-ocha

Would You Like Fries and Teddy Bear With That? 2019 Celeb Drama Recapped