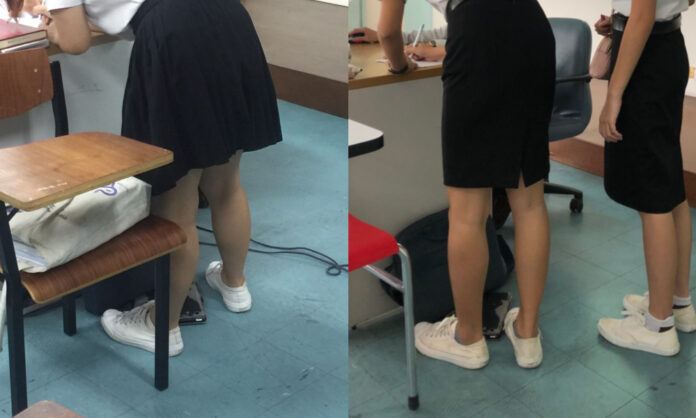 CHIANG MAI — Police obtained a warrant Monday for the arrest of a university lecturer accused of taking upskirt videos of his students.

The students told police Jadet pressed button to begin recording from the front camera of his iPad and then left it faceup on the floor near his desk as students approached to sign in for attendance.

Police said the students had suspected Jadet since August but only gathered evidence Thursday after snatching the tablet and handing it over to the university’s executive board. The board later gave the tablet with the footage to the police.

Jadet faces charges of obscenity involving a minor over 15. If found guilty, he faces up to 10 years in prison and a 20,000-baht fine.