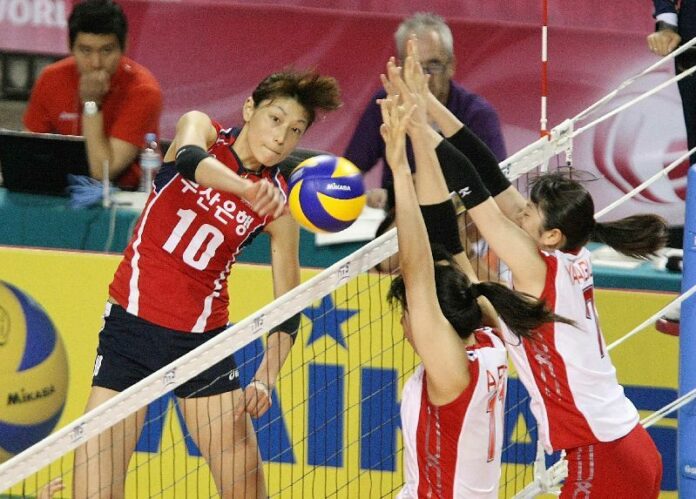 (23 September) The South Korean
national volleyball team has reportedly left its trophy and other souvenirs at Bangkok′s
Suvarnabhumi Airport.

The team came as a third runner up in the 2013 Asian Women′s
Volleyball Championship which was hosted in Nakorn Ratchasrima Province earlier this month. The Thai
national team won the championship.

According to an official at the airport, the South
Koreans left the trophy and souvenirs at the check-in counter this morning, before departing
Thailand at 07.00.

Mr. Charnrit Wongprasert, director of National Volleyball Association,
said he believes the South Koreans did not deliberately intend to leave the items behind. If they
had the intention to do so, they would have thrown them away at their hotel in Koraj, said Mr.
Charnrit, using the nickname of Nakorn Ratchasrima Province.

He expected the South Korean
team would contact the Thai authorities very soon.

I?m scheduled to inspect a
volleyball stadium in South Korea for an upcoming Asean Game soon anyway, so I probably bring the
things to them myself explained Mr. Charnrit, who also serves as a board member for the Asian
Volleyball Confederation.