Another construction worker, Siriphong Kongkerd, 27, was sent to hospital with serious burns. Nearly 1,000 workers were left without any place to sleep Wednesday.

The flames spread quickly due to strong wind, Sorawit said. It destroyed more than 300 rooms before it was brought under control after two hours.

It is the second time this year that there has been a fire at a workers camp of Italian-Thai Development PCL after one on Phetchaburi Road burned down in Feb.

Police said the cause of the fire is still being investigated. 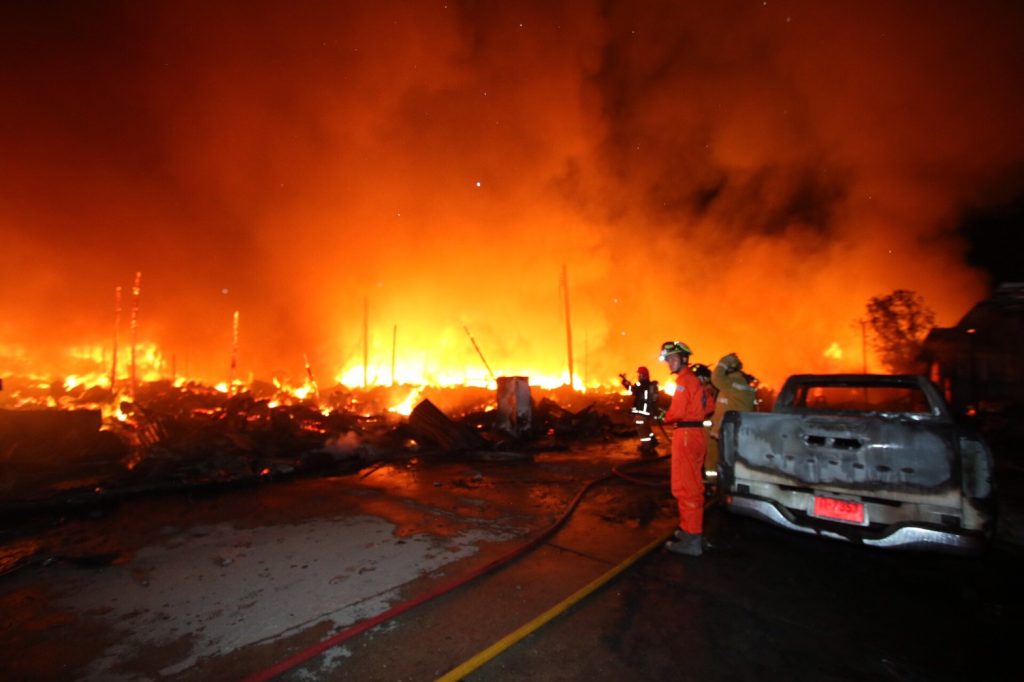