NONG BUA LAMPHU — Paleontologists announced they identified a new species of carnivorous dinosaurs that once roamed the land that is now Nong Bua Lamphu province.

Mineral Resources deputy director deputy Montri Luengingkasoot said Tuesday that the new species is called Vayuraptor nongbualamphuensis, named after the province where the bone fragments were found and the Sanskrit word for wind deity, reflecting the dinosaur’s perceived speed.

Scientists estimated that the dinosaur was about four to 4.5 meters long and might have been alive roughly 130 million years ago. Thai scientists have been studying the bones since they were first excavated in 1988 at Phu Kao–Phu Phan Kham National Park in Nong Bua Lamphu.

Montri said the bone fragments they found belonged to six parts of the dinosaur’s body, which are enough for scientists to identify a new species due to its unique ankles. He said the dinosaur is more closely related to birds than to carnosaurs, or predatory dinosaurs like the famed Allosaurus.

The site where bone fragments have been unearthed will be developed into a museum, Montri said.

The new species will be the eleventh species of dinosaur discovered in Thailand. The last was Phuwiangvenator yaemniyomi, found July in Khon Kaen. 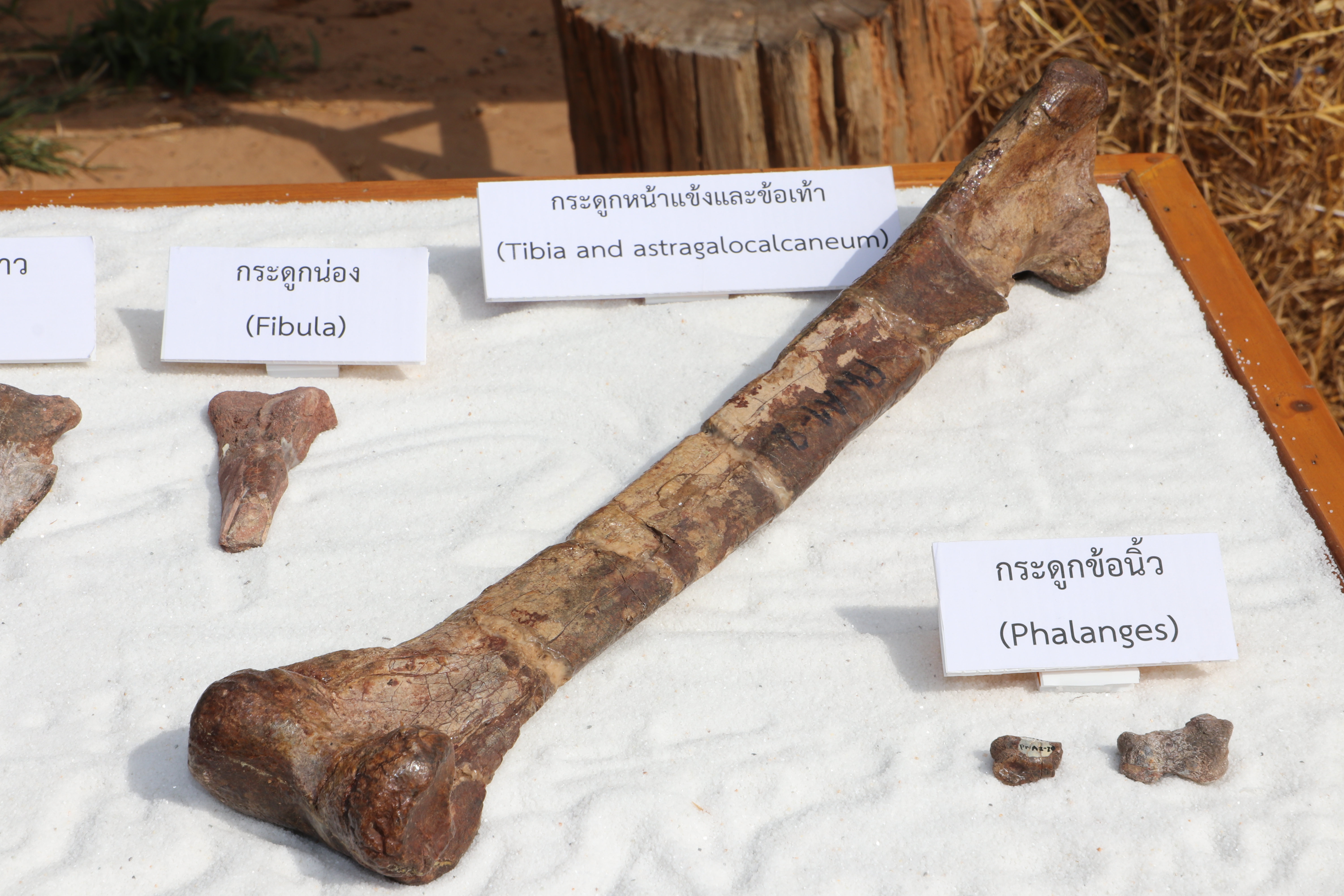 Largest Herbivore Fossil in Thailand May Be New Species