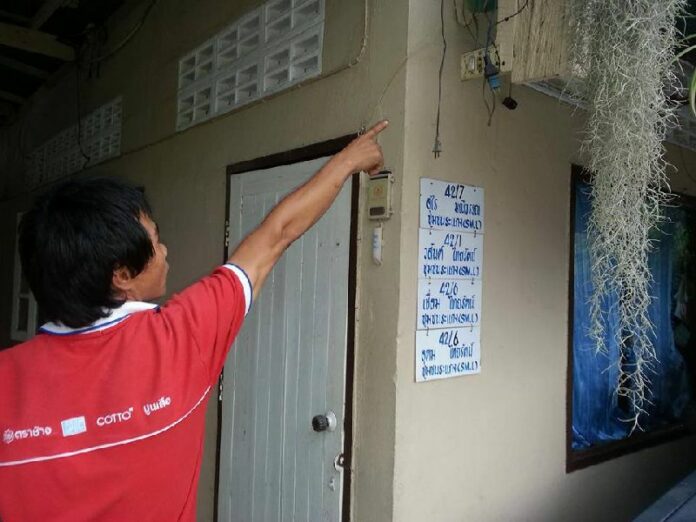 (23 July)  Small
electrified screen intended to keep dogs away at a residence in Chiang Mai province is said to have
been the cause of death for a 11-year old who accidentally touched it when he was playing
hide-and-seek with his friends.

Locals in Rakaeng community, Mueang District, were alerted of
the incident when friends of the boy, identified as Chatrawarin Chimwaree, could not locate him
during their game of hide-and-seek.

The children then searched the area all over the village
until they found the boy lying face down on the ground at the residence of Mr. Udom Thairat with
pile of vomit next to him. 20×50 cm wire screen covered the corner of the house where the boy was found.
The screen was connected to the electricity plug on the wall.

Informed by the
children, the boy′s father rushed to help him, and he too was injured by the electrified wire
screen. He immediately called the police. When police finally arrived, Chatrawarin was already on
his way to hospital with his mother and other relatives.

The doctors failed to revive him,
and he was declared dead at hospital.

The owner of the house, Mr. Udom, told the police that
he attached the electrical wire screen at the corner of his house to prevent dogs from urinating at
his wall.

Police arrested Mr. Udom for further investigation, and charged him for reckless
behaviour resulting in a death.