BANGKOK — Pope Francis will don liturgical robes made of Thai silk during his visit to the country in two weeks.

Twelve tailors are working 10 hours a day to create over 200 vestments to be worn by Pope Francis and accompanying bishops. The robes are made of Thai silk and produced by the famed silk purveyor Jim Thompson, according to a statement released Tuesday by Thai Catholic officials.

There are two designs of chasubles, or the outermost vestment worn by clergy when presiding a mass.

The gold and white chasuble will be worn by Pope Francis during the Holy Mass at the National Stadium on Nov. 21, while the red chasuble has been chosen for the Holy Mass for youths at Assumption Cathedral on Nov. 22.

“Gold and white colors symbolize both the innocence and joyfulness. These colors are chosen because the mass [at the national stadium] falls on the same day as the Presentation of Mary,” liturgy service coordinator Father Peter Chetha Chaiyadej said. “Red represents the reminiscence of St. Cecilia who was a martyr and her love, blood bled for the love of God.”

“These kanok patterns are a Thai form of art that is adapted to be modern,” Chetha said.

Catholic bishops will wear 120 robes on the first mass, and the other 76 on the second mass. The bishops’ robes, unlike the Pope’s, will be printed rather than embroidered.

Pornsawan Saengpradab, a tailor for Pope Francis’ sacred vestments, said that the Thai Catholic mission only had a couple months to prepare all of the clothes.

“This is the highest honor possible for someone in my career,” Pornsawan said.

Sister Sukanya Sukchai is one of the nuns working on the robes. She says she works from morning until 6pm each day.

“I’m honored to serve God and the church in Thailand each day,” she said. 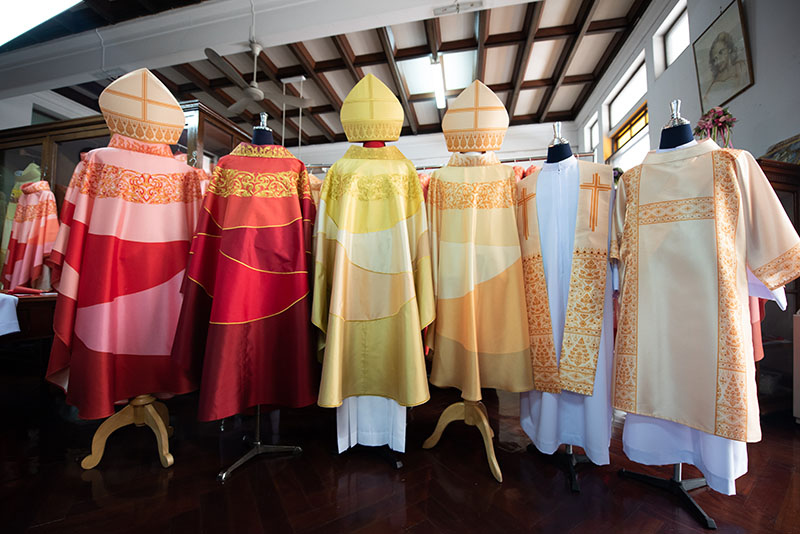 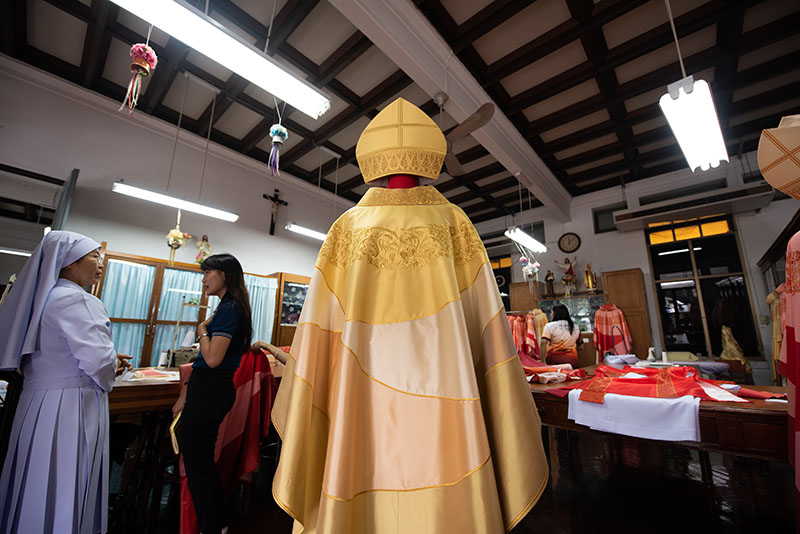