BANGKOK — The Royal Household Bureau on Sunday published a drawing by His Majesty the King, which bears his royal consort’s insignia.

The picture is said to depict a large building with Thai-styled roof and a “happy family” who follows the principle of “self-sufficiency economy” popularized by his father, the late King Bhumibol.

“A happy family living in accordance with a sufficiency economy is the root of a strong nation,” the Bureau of the Royal Household wrote on its website Sunday. “His Majesty the King bestowed a drawing of a cartoon of a happy family amidst fertile fields, as art for life fulfillment of Thais.”

The personal emblem of Royal Noble Consort Sineenat Wongvajirapakdi can be seen, arranged sideways, on the left hand side of the drawing.

A blue-yellow heart is pictured on a flag on the roof, as well as on the buildings. Text at the top says “Inherit, Conserve, Continue.”

Another drawing, featuring couples farming in rice fields, feeding fish, and making organic fertilizer was also published by the Royal Household Bureau on Thursday. This one features His Majesty the King’s royal emblem. 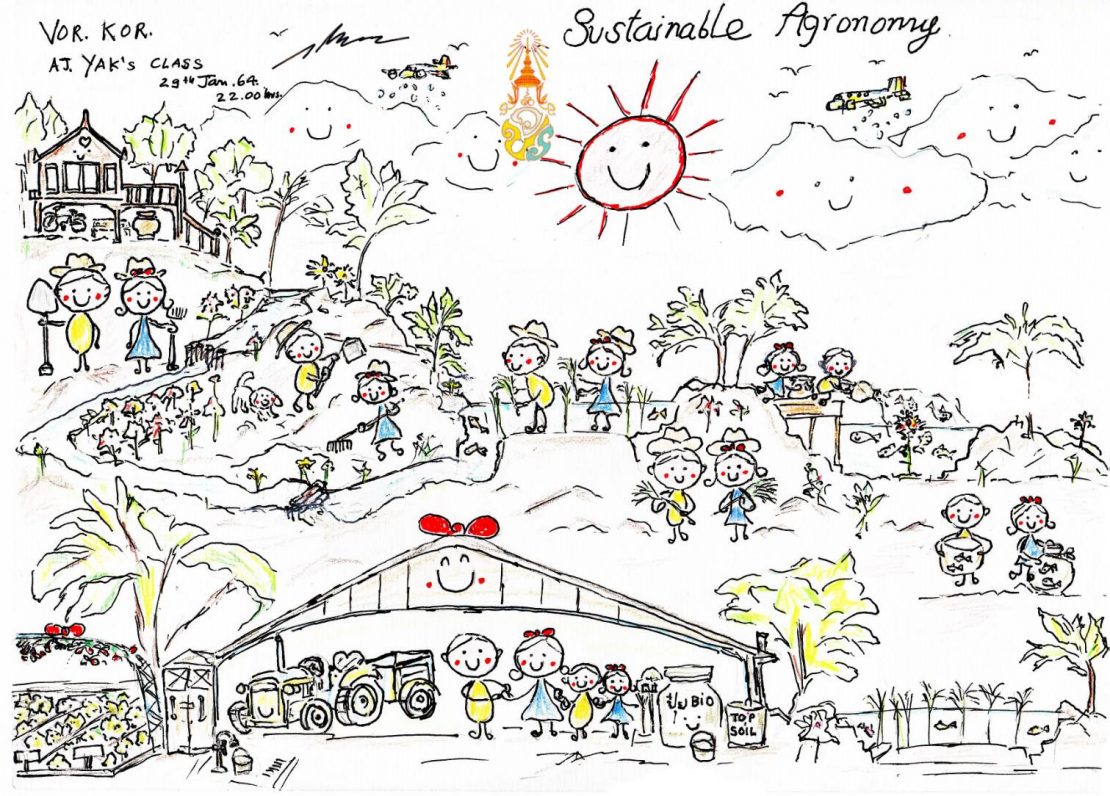