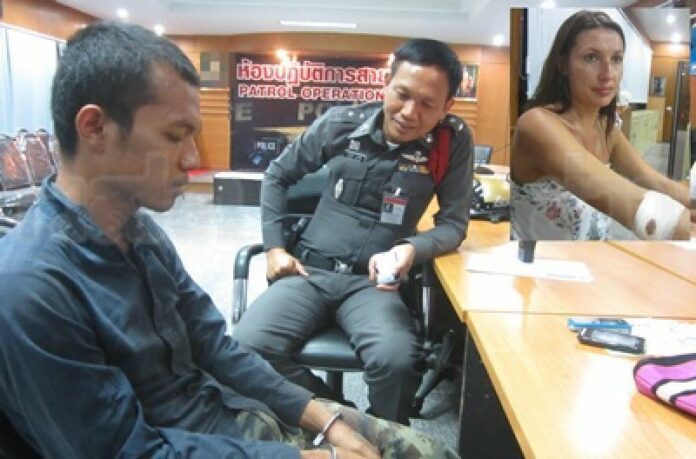 (7 November) Pattaya police have arrested a man accused of robbing a Russian tourist during her night out in the seaside town.

Ms. Katerina Frolova, 30, told the police that while she was walking in Pattaya street with her husband, a mugger pushed her down before taking away her handbag.
The tourist described the assailant as a young man, wearing dark blue shirt and a pair of camouflage trousers.
After some investigation, the police arrested Mr. Anurak La-Ong-On, 22, a resident of Muang Chonburi district, Chonburi province, whom they accused of committing the crime.
The suspect then confessed to the charge, stating that he had been previously serving sentence for illegal substance abuse and was released from the prison in the same evening he committed the robbery.
He said his motive was to steal her cash so he can buy drugs again.