BANGKOK — Nattawut Kongsawat visited Orlando, Florida, some years ago and perceived the Sunshine State as a genuinely LGBT-friendly place. On Sunday night, he learned about the massacre inside a gay club there when his friends names started showing up via Facebook’s safety-check feature.

Nattawut was among 30 or so people who gathered in a small vigil in front of the U.S. Embassy on Monday evening to mourn the Orlando shooting victims and show support for the global LGBT community.

“I rushed back home and found out that 50 people died already,” Nattawut said. “I was shocked. I tried to check if my friends over there were safe.”

U.S. Ambassador Glyn Davies made an unexpected appearance and asked to light a candle.

Similar vigils were held around the world, from Britain to China.

“Homophobia is real,” said Ilaria Nardone, who has been in Thailand four years. A member of LGBT community QueerMango, Ilaria said although she hardly feels discrimination in Thailand, there is still violence against the group.

“Bullying gay students is very high, and also in a family, the tolerance is very low … They put you in a box, and if you don’t belong in that box, you become a problem. For me it’s emotional violence.” 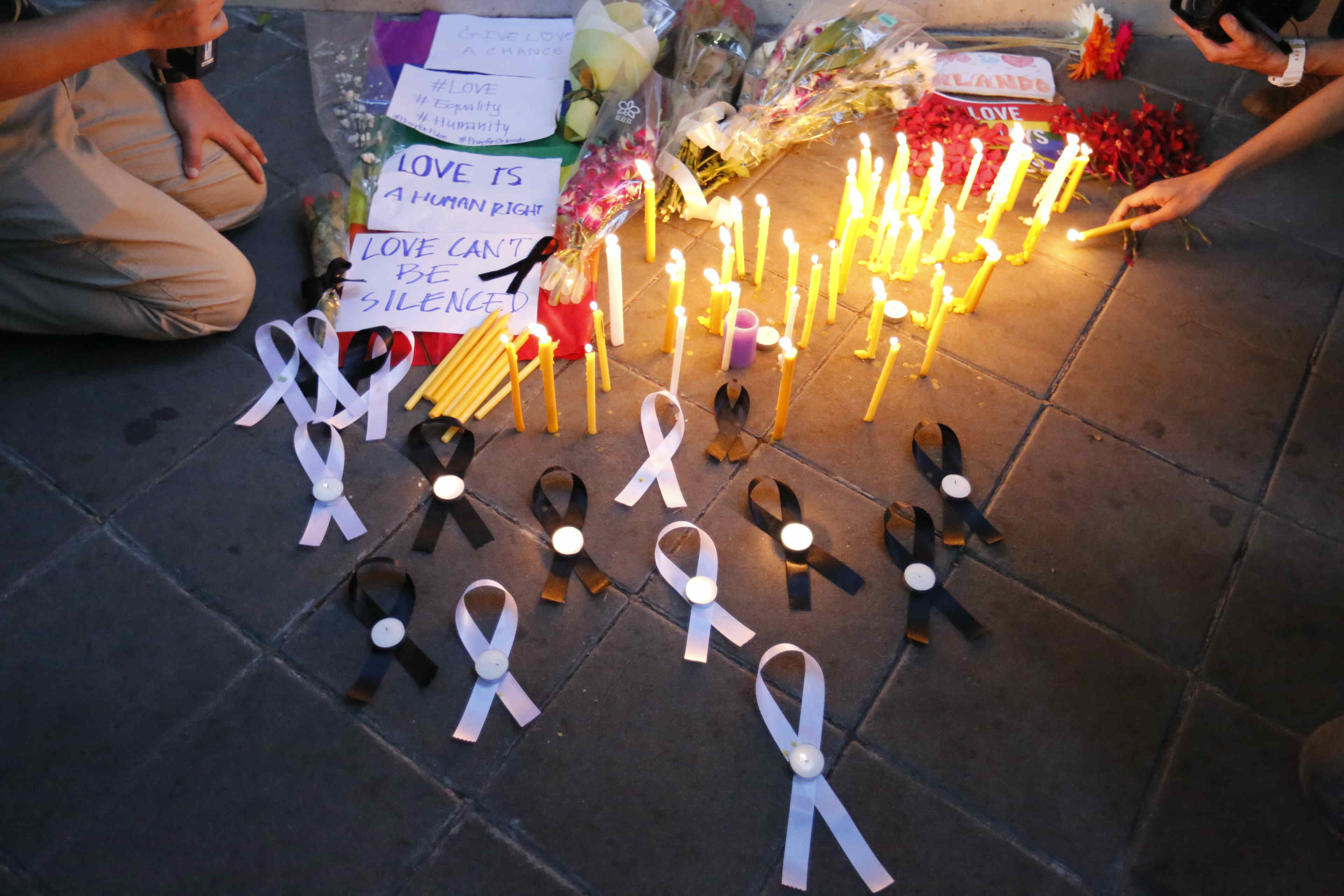