BANGKOK — Regulars at Bangkok’s famous ‘Gallery Drip Coffee’ might come for the caffeine jolt, but they stay for the relaxing process of watching baristas prepare drip coffee.

Gallery Drip is about quality, not quantity. Sometimes the shop only manages to secure half a sack of single origin beans from its source in the north of Thailand, but Piyachat is still happy to serve it to his customers.

“It begins with choosing coffee [beans] that we like. We deal with farmers to the point of becoming friends,” the 45-year-old shop owner, who make regular visits to the north, said.

The shop, which has been around for seven years on the ground floor of the Bangkok Art and Culture Center, doubled its floor space in June this year – a testament to the growing demand.

Piyachat believes there’s a lot of levels to the growing drip coffee wave. The taste is more delicate and nuanced due to a lighter roasting process, and the option to choose between a variety of both local and foreign single origin beans. But it’s also the process of watching drip coffee being prepared that attracts repeat customers (70 per cent of customers are Thais, and the other 30 per cent foreigners, Piyachat reports).

“The baristas here are experienced,” Wattanapong Jaiwat, 31, a regular customer of four years who drops by three to four times a week, said.

Asked why he doesn’t opt for a machined-made espresso or Americano, Wattanapong said the experience of watching the coffee being prepared generates “peace of mind.” It takes about four to five minutes to prepare a cup of drip coffee.

At the heart of the coffee shop are eight tall seats around the bar, where one can watch the hand grinding of beans and the pouring of hot water through the dripping process.
People who sit around the bar not only chat, but even confide in the eight baristas who staff the shop.

“They confide in us about suffering, life, love and just about anything,” Pichayat said, pouring hot water onto ground coffee beans, releasing a fresh aroma.

For those not keen on a chat, other tables will leave you to yourself or your drinking companion. A new favorite is a long table for four facing the skywalk, with open views of the sky.

A medium-size cup of drip coffee, or 220 ml, starts from 80 baht and goes up to 100 baht. While not cheap by any means, since the minimum wage in Bangkok is roughly 330 baht, a regular customer said it’s reasonable compared to other drip coffee shops which regularly charge 150 baht and more for a cup.

One option is from Kenya. Pichayat travelled all the way to the East African country to test the beans and eventually secured half a ton, which are now almost gone. He offers Kenya’s Embu Kangunu for 120 baht a cup. The most expensive Thai beans, Baan Wat Chan Dry from a border area between Chiang Mai and Mae Hong Son provinces, is 100 baht a cup. The latter is billed as balanced and sweet, with a note of dried fruit.

Though a 90 per cent tax is imposed on imported beans, Piychat said quality Thai beans are actually twice or thrice global market prices due to small farm sizes and relative rarity. Some farms, he said, only began cultivating coffee four decades ago when Christian missionaries introduced specimens.

“We want to know how good Thai coffee can get,” Piyachat said. “Some customers, after liking particular beans, want to meet the farmers and see their farm.” 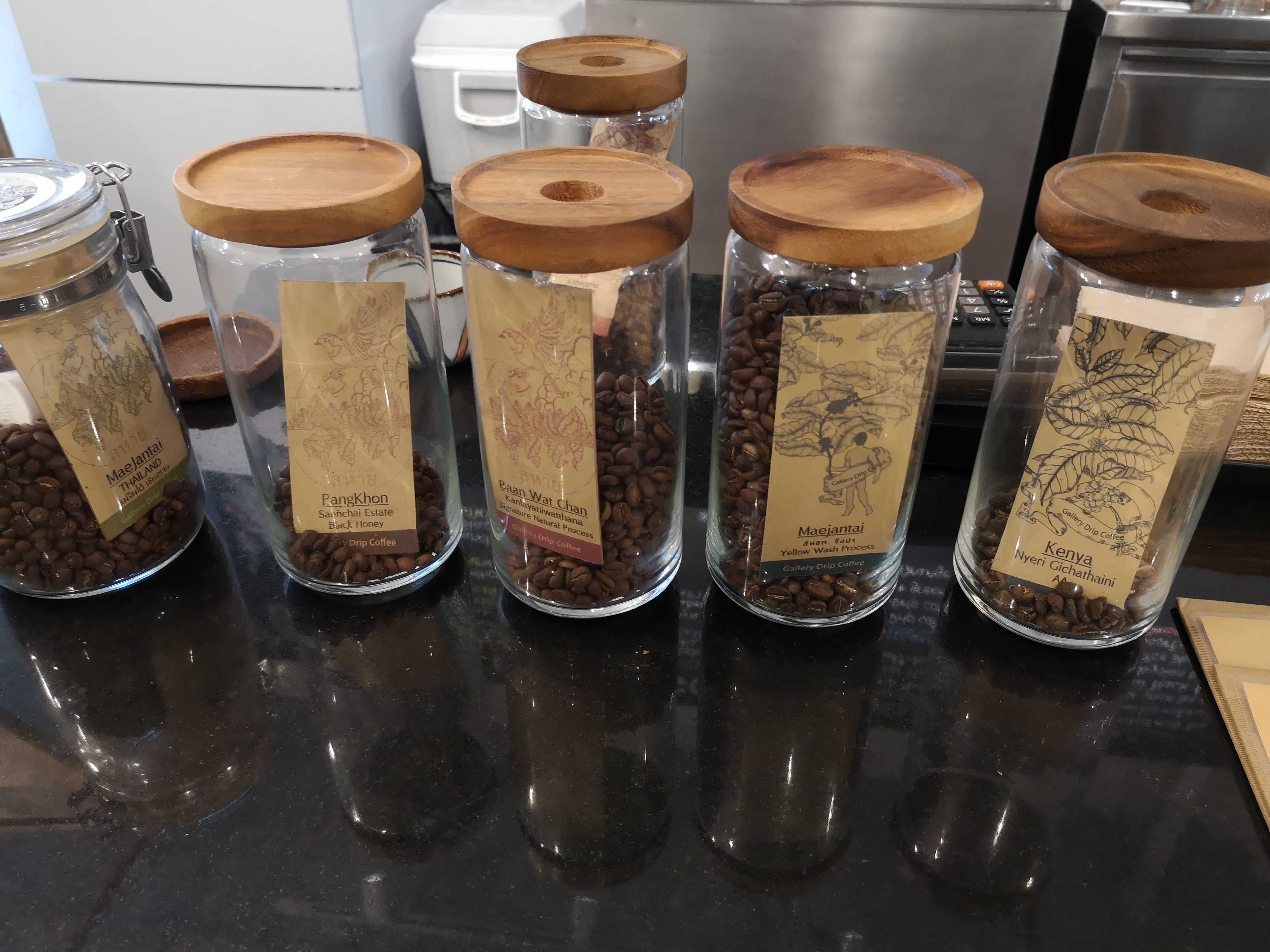 Gallery Drip Coffee is open every day except Monday from 10.30am to 8.30pm. It is located on the ground floor of the Bangkok Art and Culture Center.