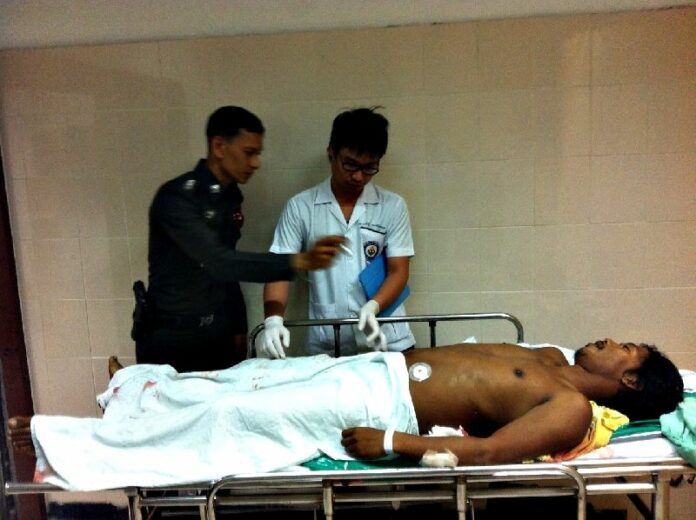 (22 October) A local temple fair in Nakhon Si Thammarat has ended in a bloodbath after a fistfight led to shootings of two brothers, killing one.

The police received reports of the shooting at 01.00 today, and the officers soon arrived at Wat Suan Paan Temple on Si Thammarat Road.

The pair was hurried to hospital, but Mr. Songyot later died at the hospital.

Witnesses told police the brothers were visiting the temple fair earlier in the night. The brothers were reportedly showing their moves in the traditional Thai dancing ground when one of them got into a fistfight with another visitor at the dance floor.

The suspect later drew out his handgun, witnesses said, and the brothers quickly ran to the back of the stage, but the gunman chased after them and discharged his weapons at the victims. The suspect fled the scene afterwards.

Police believe the victims might have been involved in a dispute with the suspect prior to the murder at the temple. A senior police officer said the force has already obtained identity of the suspect due to numerous eyewitnesses at the crime scene.