Around 500 monks who said they were from Bangkok and the central region, gathered this morning at the giant stupa Phra Pathommachedi to complain about Buddha Isara. They consider Buddha Isara to be instigating division among monks.

“He was convicted according to the monk code of conduct, rule 200,” read the letter they distributed today.

It called on monks and Buddhists not to be involved with Buddha Isara and to ignore the monk until he changes his behavior.

Last month, there was gunfire at night at Wat Or Noi in Nakhon Pathom province where Buddha Isara was sleeping. Nobody was injured. 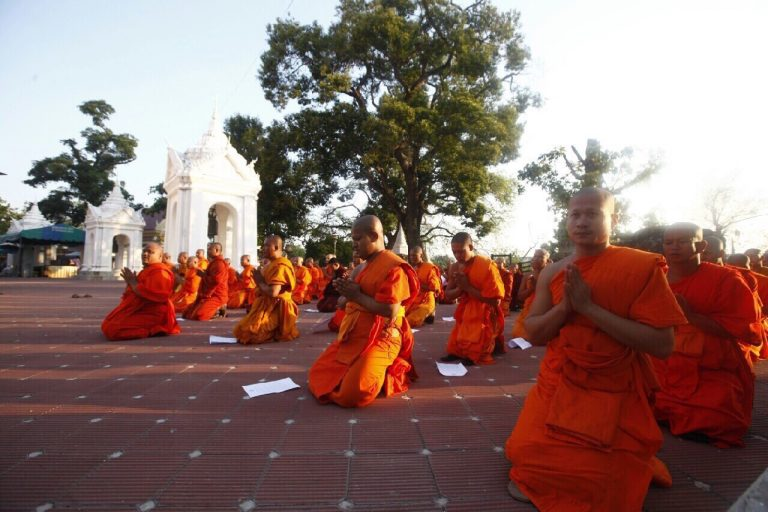 Hundreds of Monks Clash with Military West of Bangkok (Video)

Hardline Royalists Stage Protest in Front of US Embassy