At the event, CP Foods CEO and the governor planted magnolia champaca trees together and giveaway saplings from different kinds of plants to people to grow at their home, including perennial plants, air-purifying trees, and other auspicious trees. These planting trees were raised in nursery that run by community in Khao Phraya Doen Thong, Lopburi, where CP Foods and Department of Forestry have operated the CPF Rak-Ni Ves at Phraya Doen Thong Mountain Project, a watershed forest conservation project in Lopburi province.

The Bangkok Governor also visited CP Foods’ reforestation exhibition, showcasing the successes of CPF’s Rak-Nives and CPF’s Grow-Share-Protect projects in conserving biodiversity in the watershed to mangrove forests as well as creating stable income and food security for those who live nearby.

The governor thanked CP Foods for taking part in Bangkok Metropolitan Administration’s one-million-more- trees campaign to build better city for the next generation. In order to do so, the public and private organization collaboration is needed. CP Foods has set a good example in this regard. The company offers a helping hand, using expertise from its achievement of conservation watershed and mangrove reforest to create greener area in Bangkok. In addition, CP Foods also provides the high-quality saplings distributing for people in Bangkok.

“Together, we can create a good city from the cooperation of everyone,” He said,

Mr. Prasit pointed out that environmental stewardship is one of CP Foods’ priorities. In order for the company to achieve good performance, the society, environment, and country where it operated must be good first. He also thanked BMA for giving CP Foods the opportunity to participate in such a good activity, mentioning that CP Foods is proud that the Forest in the city project has helped to make a greener city for people of Bangkok. 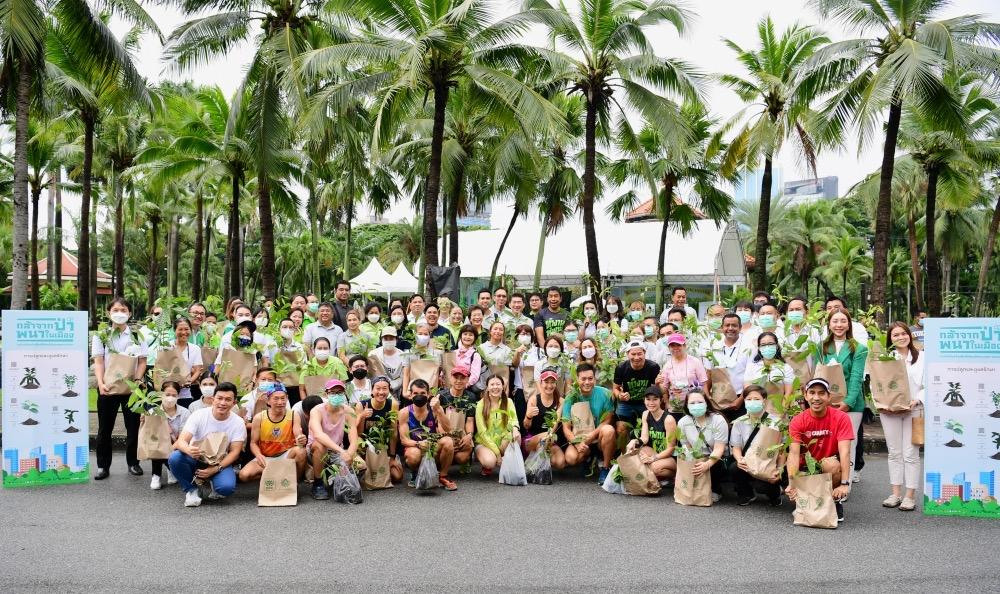 The “Forest in the City” initiative is an effort to support BMA’s one-million-more- trees campaign as well as increase green space for Thailand in line with United Nations Sustainable Development Goals, No. 13 and No. 15 to “take urgent action to combat climate change and its impacts” and “protect, restore and promote sustainable use of terrestrial ecosystems” respectively.

Opinion: Why Trying to Sell Off Thai Land Is Never a...