KOH SAMUI — A ten-year-old Russian boy survived an attack from a box jellyfish, a creature known for its fatal toxins, officials said Thursday.

The boy was reportedly stung by a box jellyfish around 8:30am Wednesday while swimming at Lamai Beach. He was then rushed to the hospital by an emergency rescue team, local tourism association official Krissana Pornhomkoh said. As of Thursday, he was released from the hospital, but Krissana warned other tourists to be on the lookout for the creatures.

“Box jellyfish can be found on Koh Samui year-round, but are especially rampant from July through October,” Krissana, Vice President of the Tourism Association of Koh Samui, said Thursday.

An emergency responder commented in a news video during the rescue that fortunately, the box jellyfish’s tentacles that stung the boy were short and small. Several tourists have died from box jellyfish attacks on Thai beaches, including a German visitor in 2015.

The jellyfish’s venom is one of the most deadly in the world, with toxins attacking the heart, nervous system, and skin cells. Its sting is so painful that victims are known to die of shock or heart failure even before reaching the shore.

Eight people have been stung and injured by jellyfish on Koh Samui this year, which Krissana said was slightly less than most years.

Marine officials and Koh Samui city officials have put up jellyfish nets and put up warning signs along Lamai Beach since July. Poles with vinegar for first aid are also placed at intervals throughout the beach.

If stung by jellyfish, immediately get out of the water and rinse the area with vinegar for at least 30 seconds and remove the tentacles from the skin. Call emergency services. On Koh Samui, dial 1669. 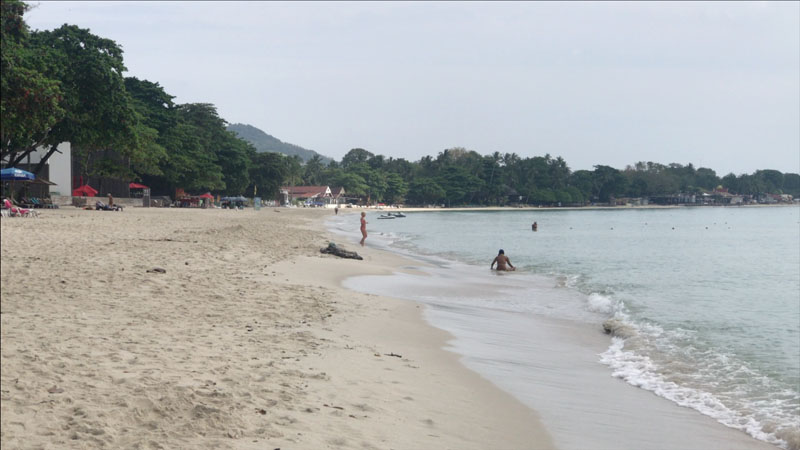