BANGKOK — It was a wet Tuesday morning for the first people to camp overnight in the Sanam Luang area three days before the funeral for King Rama IX.

Mourners who arrived to camp last night were laid out beneath the falling rain on plastic tarps on sidewalks in the area around the royal palace to secure camping spots for the royal funeral.

The rain deterred few. Some had umbrellas or raincoats – tents or temporary shelters are not allowed.

Large crowds have gathered in recent days to watch funeral procession rehearsals. The crematorium complex, which will be used for the funeral, was officially completed Oct. 18 after eight months of construction. 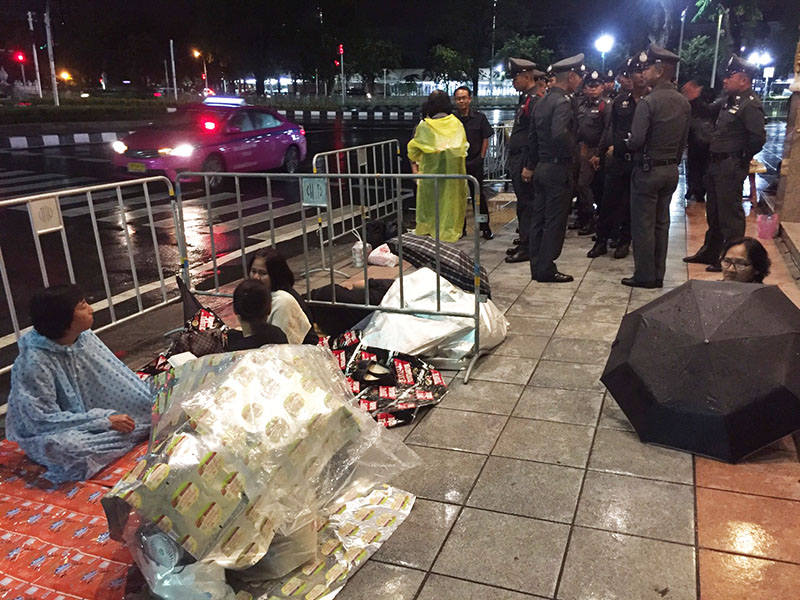 Here Are the Foreign Dignitaries Coming to Royal Funeral