BANGKOK — Hundreds gathered Thursday at Siriraj Hospital to pray and express their wishes for His Majesty the King’s recovery.

Most were wearing pink and yellow, a color associated in Thai belief with King Bhumibol, as he was born on a Monday. Pink is considered astrologically auspicious for the King and his health.

People recited prayers, held candles, burned incense and laid garlands in front of a statue to hospital patron and father to the king, Mahidol Adulyadej. Some waved royal and national Thai flags, while others brought pictures of the king from their homes and posed for photos. 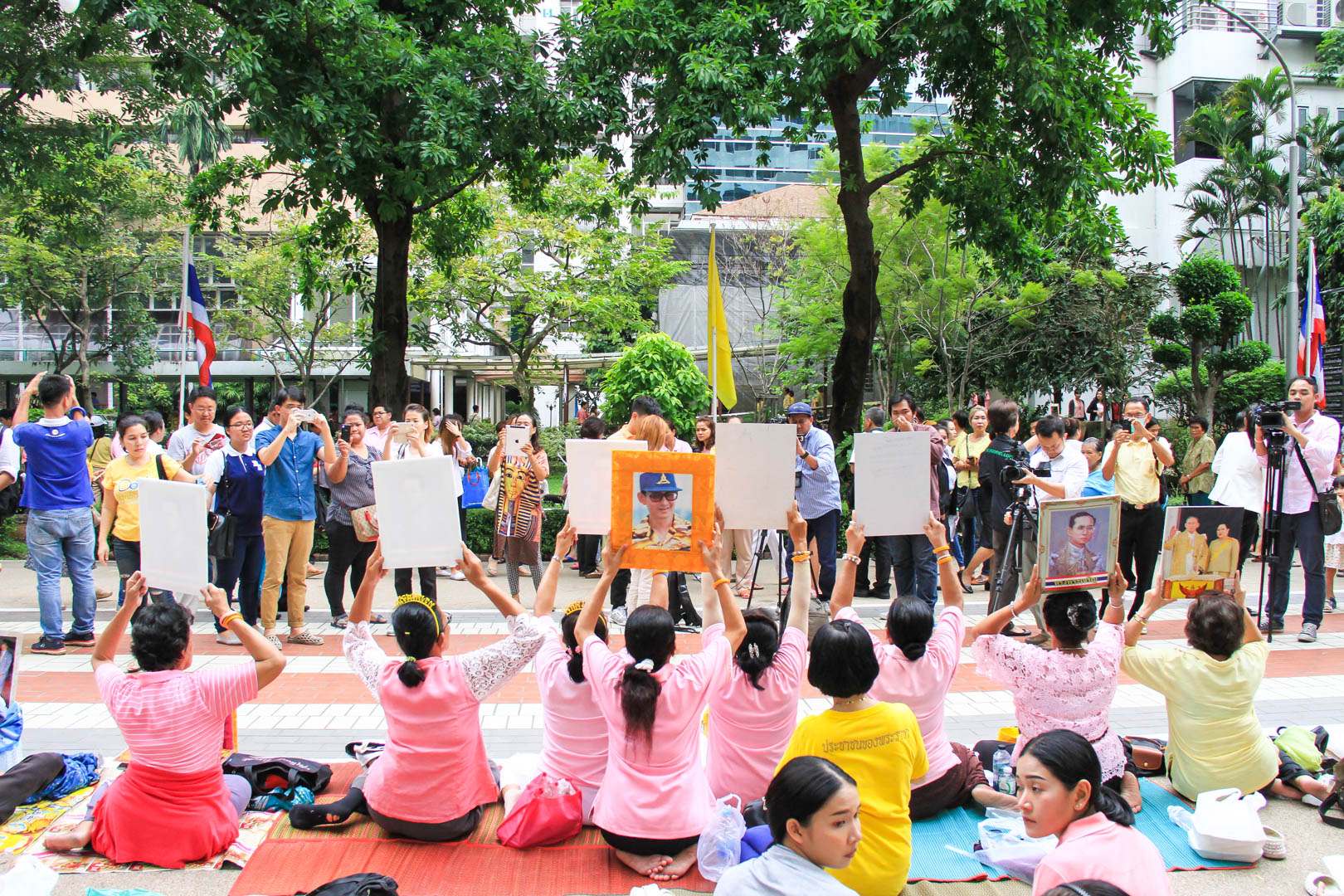 Outpouring of Prayer, Anxiety About Future at Siriraj Hospital

Grief Pours Out Home and Abroad for Death of King Bhumibol
Mourners Remain at Siriraj, Some Hope For Miracle (Photos)